Immediately after the onset of the COVID-19 pandemic in Italy, a debate developed around some territorial and social characteristics which, at least apparently, seemed to affect the intensity of the manifestation of the infections. One of these characteristics was the population density, starting from an intuitive assumption that a lower density corresponded to an equally lower vulnerability of the populations to the action of the virus. Proving a dependence between the two variables would have been important to modulate the limitations and contrasting rules of the «second wave» by acting on the territories in a differentiated form, but in reality it cannot be claimed that there is a robust and scientifically convincing relationship between the variables of density and spread of infections. Although many signals show a mild decrease in gravity of the second wave towards less densely populated geographical sections of the country, the data currently available have not been processed and developed to allow a more sophisticated action in this sense, limiting the granularity of the control action to the regional level, which proved decidedly ineffective in guaranteeing decisive effects. 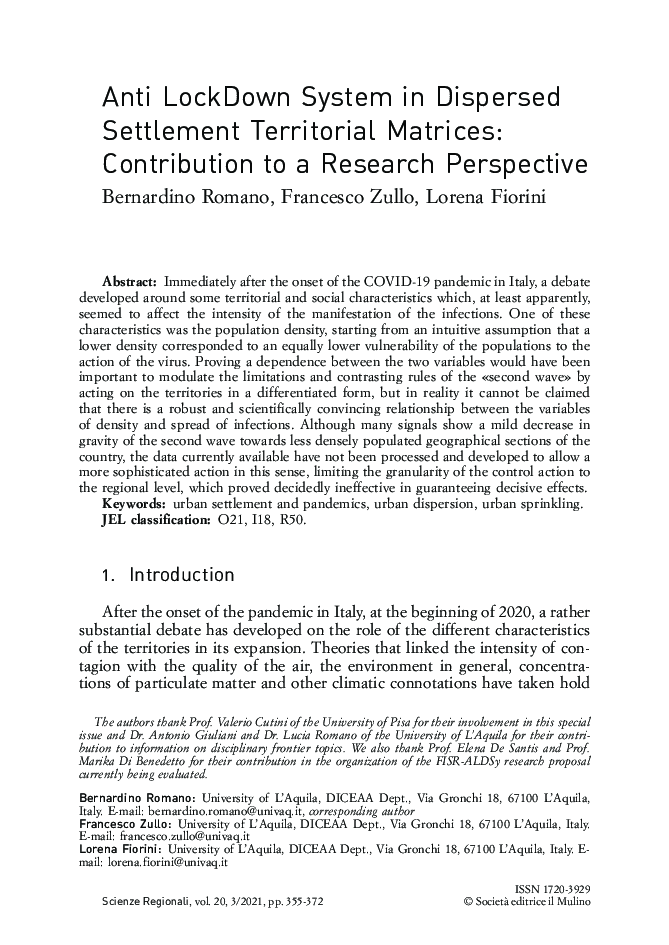