In the last years the concept of resilience received great attention. The concept does not have a univocal definition. Rather, it evokes the resistance of the social and environmental systems to human shocks, in the first place climate change. This paper focuses on the relationship between the territory and the environmental resilience, investigating the role of urban network organizations. The system of cities forms a hierarchical network model that varies according to the trade-offs efficiency/complexity, low cost/diseconomies, vulnerability/resilience. Therefore, the impact of human activity on the environment is studied in relationship with the increase in urbanization in a cross-country analysis. The work shows that, in an environmental resilience model, the catastrophic scenario is a concrete possibility beyond a certain threshold of consumption of natural capital. 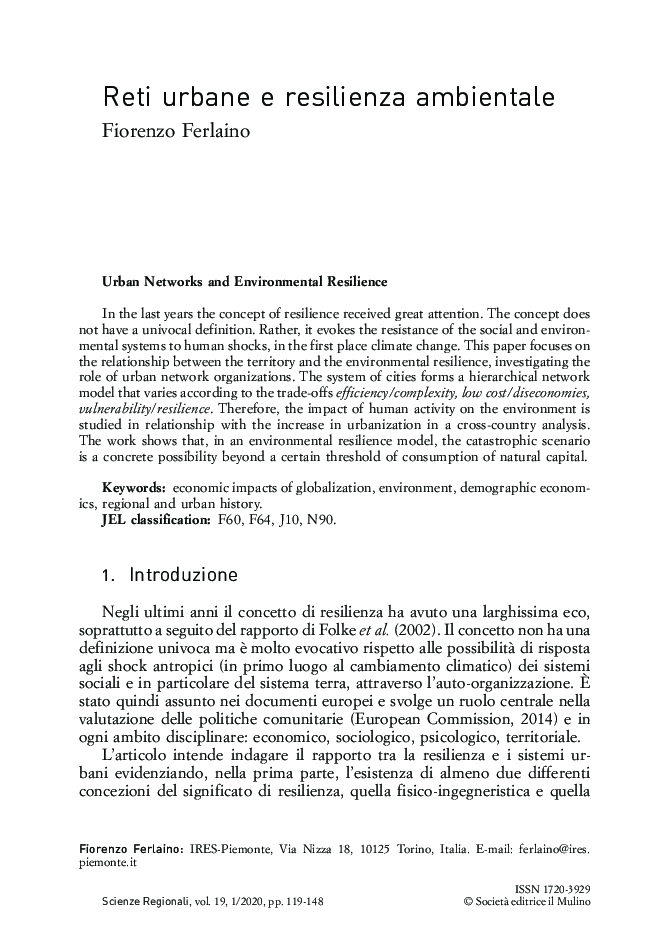