This paper empirically examines the effects of different types of government expenditure on economic growth in 19 Italian regions. It applies a Spatial Autoregressive Model (SAR) technique to estimate the effects of government spending on growth based on Ghosh and Gregoriou’s (2008) modified theoretical version of Devarajan et al. (1996) model, in an optimal fiscal policy perspective. The empirical findings, based on annual data over the period 1996-2007, show that, following expectations, capital expenditure on economic affairs, such as infrastructures, plays an important role in augmenting the economic growth rate of the Italian regions. 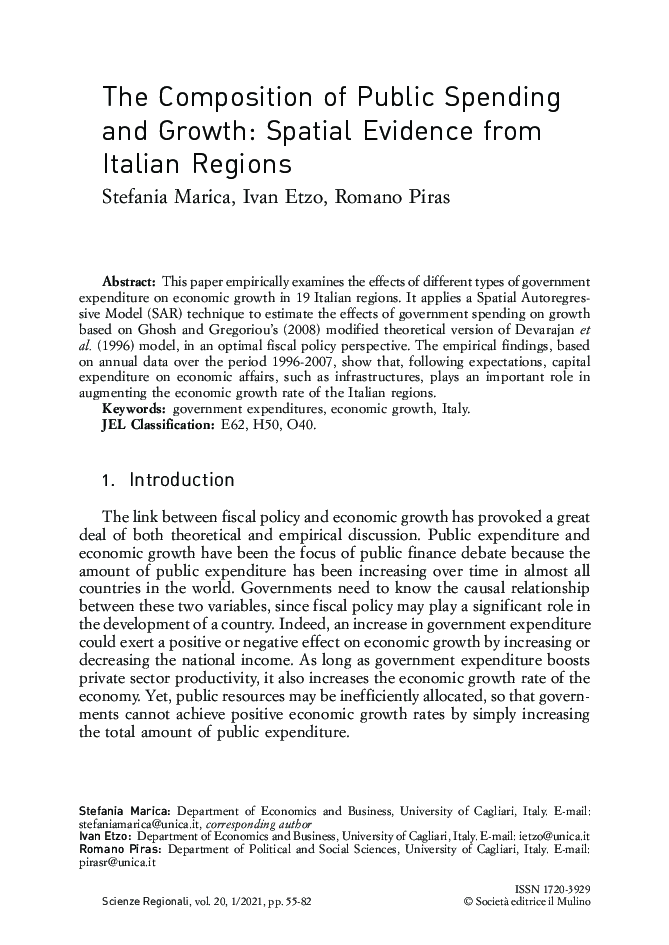