Taking as a start point the Social Identity Theory (Tajfel, 1981), the Self Categorization Theory (Turner, Hogg, Oakes, Reicher & Wetherell, 1987) and their further developments (e.g. Reicher & Hopkins, 1996a, 1996b, 2001; Mummendey & Wenzel, 1999; Gaertner & Dovidio, 2000), this paper focuses on superordinate categorization in political rhetoric. In particular, over-inclusion is deemed to deal with the specific strategies employed by different political groups (majorities, minorities) in positioning, in defining the ingroup boundaries and in the construal of consensus. Both qualitative and quantitative methods of discourse and content analysis are employed in our study, focusing on different WE contents and levels of self categorization. To this aim we analyzed the most representative official speeches (total number=24) held at the Italian Parliament, by Left and Right Parties, during the sharp and controversial debates about the international crises in Kosovo, Afghanistan and Iraq. Results are discussed in the light of the Self Categorization Theory and its possible applications in political and international relationships. 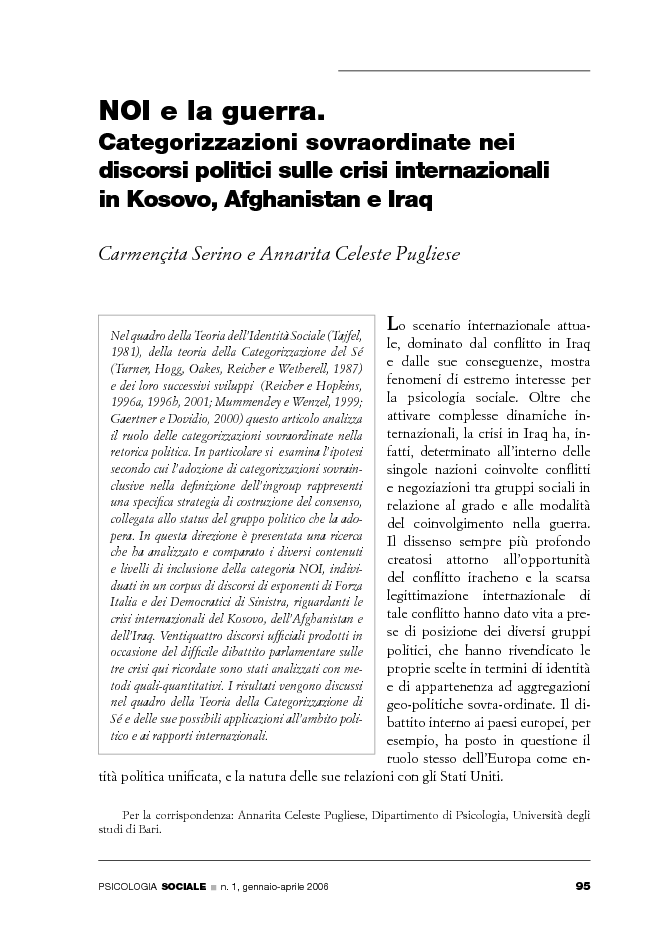