In line with the studies on Social Representations, the present search it aimed to investigate as a group of citizens elaborates the information about the multicultural society and to analyse the possible variations according to the subjects' social insertion in the work context. The free associations technique with four stimulus words - Immigrant, Foreign, Citizen and Italian - and an Italian version of the Multicultural Ideology Scale(Berry and Kalin, 1995) has been used. Considering the closeness/distance from the study object, 216 subjects fairly distributed among university students, teachers, social services operators, police officers, hospital operators and industrial workers, have been recruited. The content of the social representations of the multicultural society emerging from the Semantic Analysis, confirms some semantic oppositions found in the literature and points out the presence of clear and rather defined borders between the we (Italians and citizens) and the they (immigrants and strangers). Different social insertions and different relationships with the study object tends to generate different social positioning: Data show a greater degree of openness to the cultural diversity between social services operators, comparing with an attitude of greater closeness between police officers and industrial workers. Such different social positioning depend only marginally on the other kind of belongings considered. 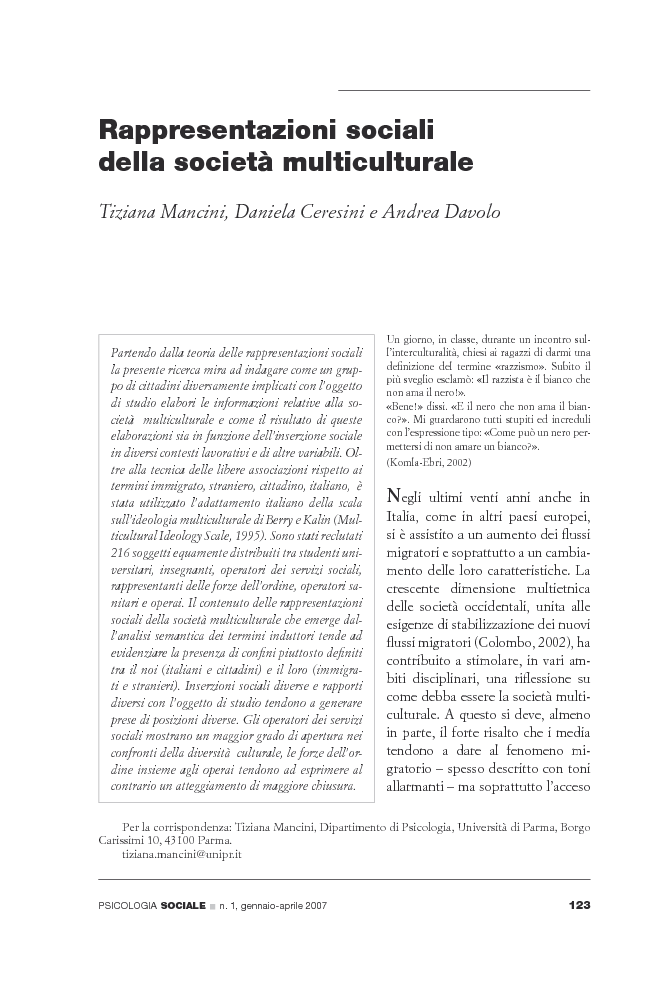