Analyzing the responses given by 801 Italian participants (F = 635; mean age = 24.78 years), we performed a confirmatory factor analysis of an Italian version of Funke's RWA3D scale, aimed at assessing right-wing authoritarianism as a three-dimensional construct defined by authoritarian submission, authoritarian aggression, and conventionalism. The model showing the best "fit" was a three-correlated-factors model, controlling the semantic direction of the items as correlated uniquenesses. Such model was invariant between genders. However, the very strong correlations among the three substantive factors warned against mechanically considering the scale as three-dimensional. 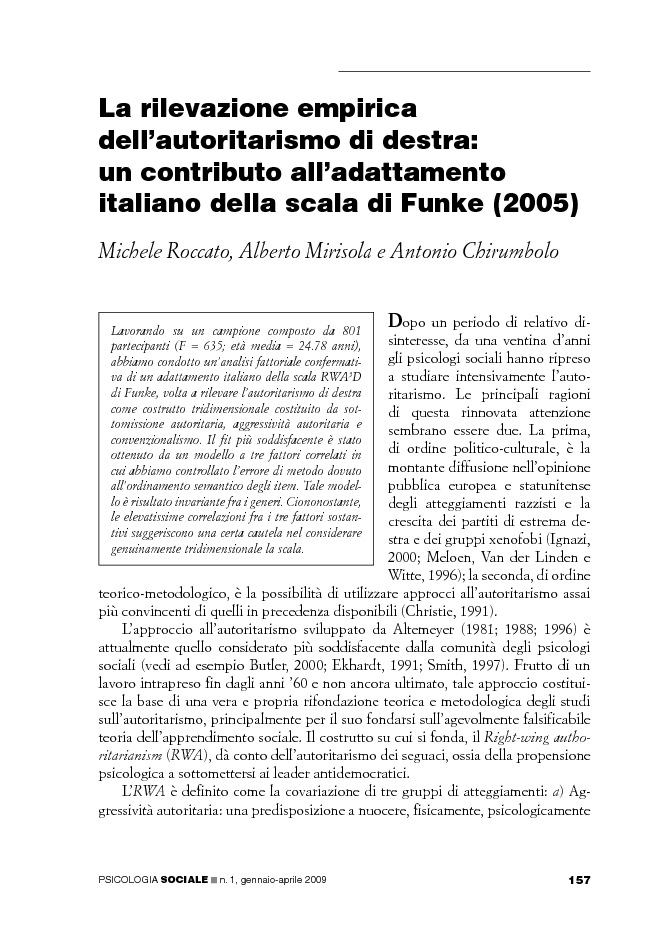