In this paper, we challenge the idea that people are less thoughtful and creative when acting as group members. Accordingly we develop a «deliberative» account of social identity processes. According to this perspective, salient social identities do not determine what people think and do. Rather they provide a framework which allows people to interpret the significance of events in the world and how to respond to them. From this perspective the group "facilitates" rather than "obliterates" deliberation. We illustrate this approach through an analysis of the decision making of first time voters in an Italian general election. This analysis shows that young people invoke many different identities when considering the election. These identities do not then lead directly to voting decisions, but rather invoke criteria against which candidates and parties are judged and weighed. We next argue that, if people are involved, as group members, in interpreting social reality, they do not do this alone. Rather, others are constantly trying to guide the interpretive process. Hence, any study of group cognition must involve an analysis of leadership. We conclude by arguing that different forms of leadership allow more or less space for ordinary people to make their own interpretations of the world. If, then, people sometimes do show a lack of independent thought in certain groups, this is less a problem of group psychology and more a problem of politicised social organization. 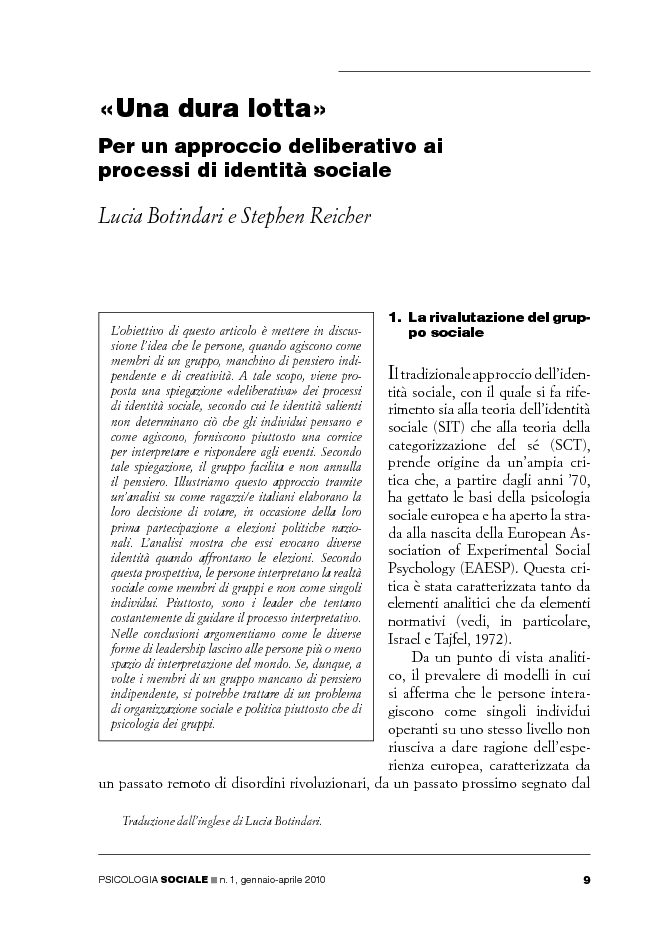