The present studies were carried out in 2002, as a part of a cross-cultural project (Glick et al., 2006) and, successively, in 2003 and 2005. The Stereotype Content Model and the Image Theory are the theoretical frameworks. The administered questionnaire measured stereotypical traits, emotions, perceptions of the status, and judgments concerning aims and motivations of the target group. Results emerging from the studies show that the USA are perceived as arrogant, competent, lacking of warmth, and as willing to dominate other countries. In expressing their evaluations, participants differentiate between USA population and USA government. Differences are significant though modest. Effects related to participants' political orientation are also discussed, as the differences related to their regional origin, and the attitude changes due to the military intervention in Iraq. 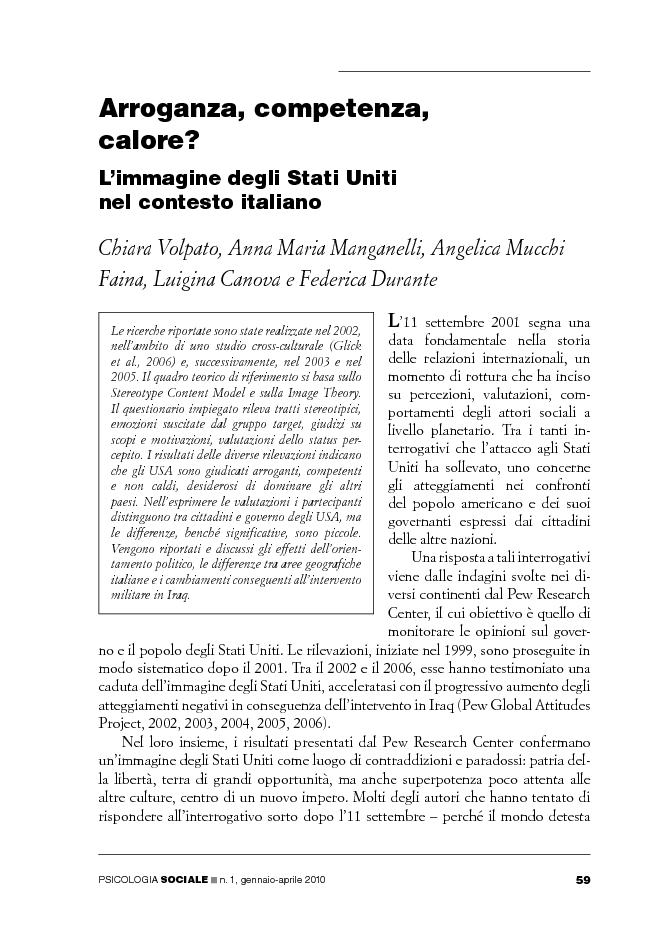