What does promote young people's involvement? The answer to this question varies de- pending on the type of involvement considered and on the psychological perspective as- sumed. Social psychology, in order to explain involvement in collective action, has assigned a leading role to social identification and collective efficacy. Community psychology, in turn, has placed particular emphasis on the affective dimension of identification and community belonging (sense of community). Aim of the present study was to verify the role played by psychosocial variables (identification, sense of community, sense of political efficacy, per- sonal values and conception of citizenship) on levels of civic and political participation, and their variation across different groups. Data were collected using a questionnaire ad- ministered to 100 (53 males and 47 females) young people, aged between 18 and 35 years, living in a small town in central Italy, who belonged to political, cultural, volunteer groups/ associations active in their local community. 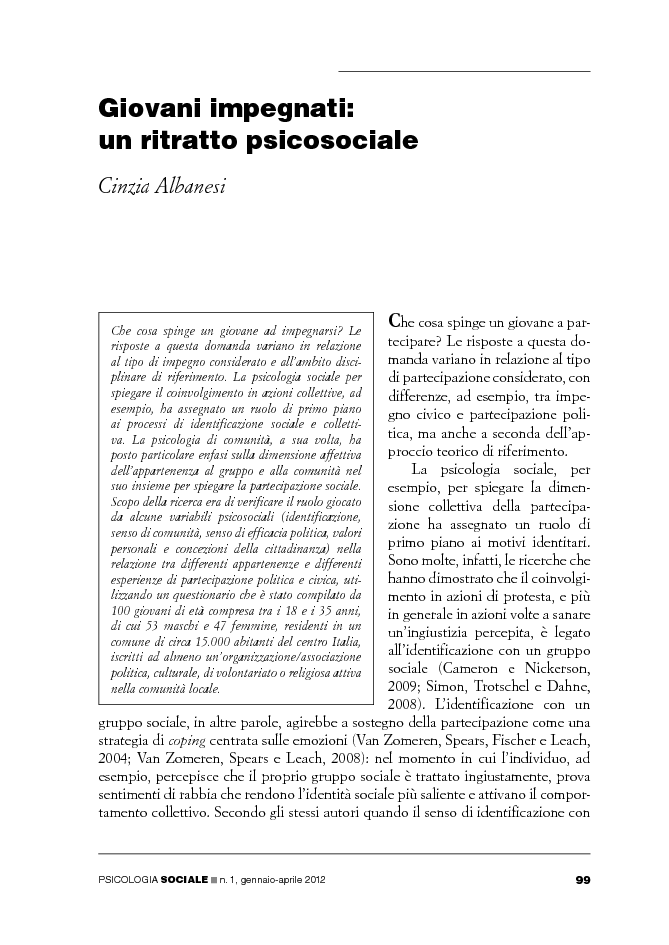