The study investigates the degree to which ambivalent gender attitudes (Glick et al., 2004) and conservative ideology (social dominance orientation and right-wing authoritarianism) predict attitudes toward women as managers. A group of 577 non-student adults took part in the research. Regression analyses revealed that the most important predictors are social dominance orientation, hostile and benevolent sexism, ambivalent benevolence toward men. Interestingly, the latter showed a stronger effect compared to that of sexism: hence, beliefs about male role and not only those linked to female role should be considered in order to examine attitudes related to gender equality. The positive effect of benevolent sexism was analyzed with reference to the Opposing Process Model of Benevolent sexism (Sibley e Perry, 2010), providing it only a partial support 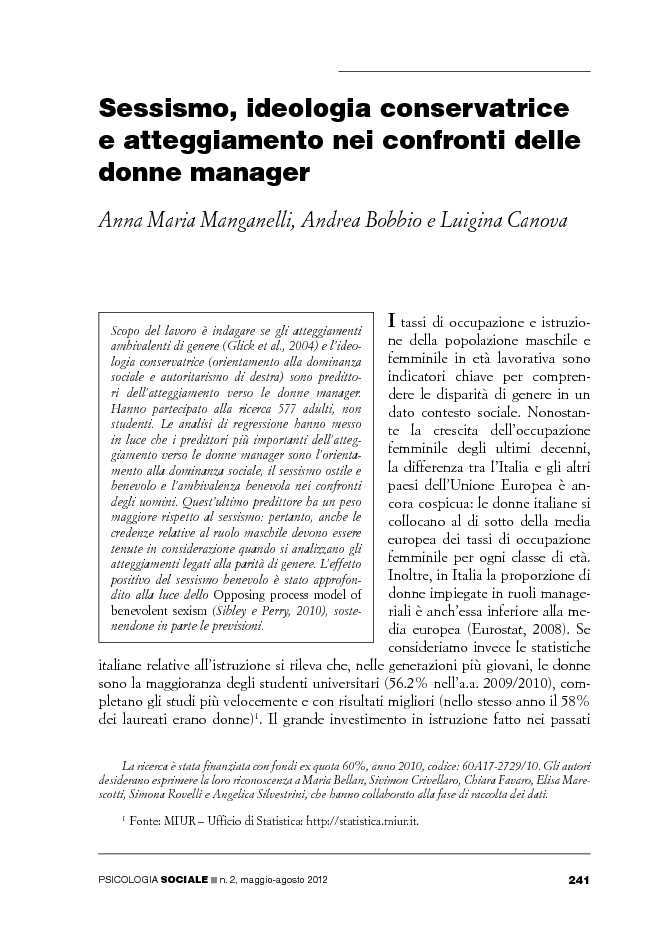