Present paper addresses the issue of gender differences in social and political participation. If the reasons of a dissimilar engagement between men and women are largely known and documented, any differences in male and female participants are not widely investigated. The study, comparing politicians (N = 242) and volunteers (N = 180), both men and women, aimed at investigating any difference concerning: the perception of costs and benefits of participation; the conflict between family and social/political commitment; how such conflict, as well as costs and benefits, affects life satisfaction. Results showed differences between social and political participation. Moreover, political participation and the conflict with family commitment decrease life satisfaction for women, whereas they have no effect for men. Theoretical and empirical implications are discussed. 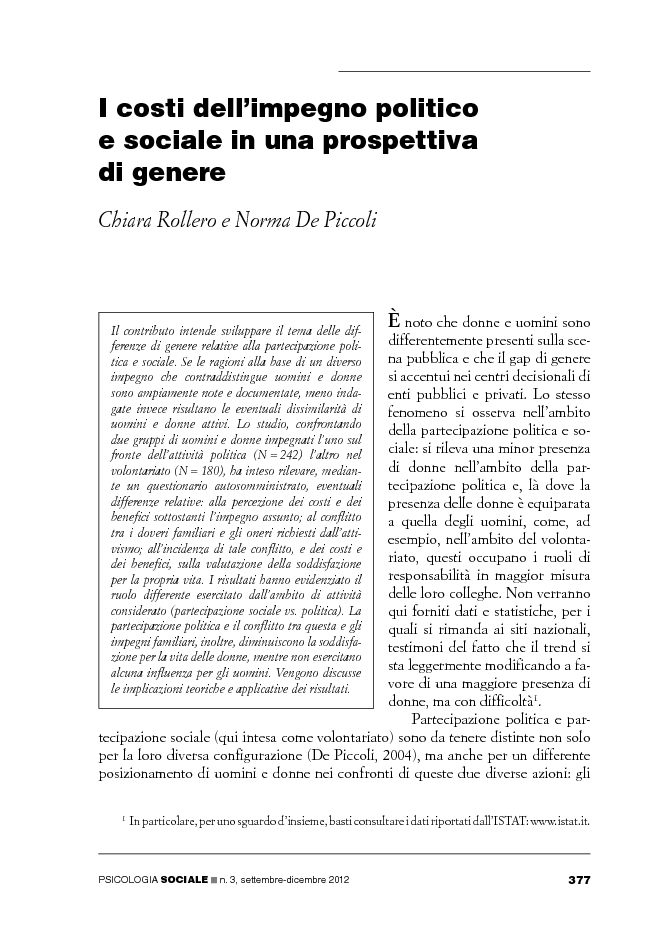