The aim of this study was to investigate the role of attachment dimensions in framing worldviews and socio-political attitudes. A study on 178 Italian university students in Palermo was conducted. A causal model is tested where social conformity, toughmindedness, and insecure attachment dimensions were considered antecedents, and right-wing authoritarianism and social dominance orientation were the dependent variables. The structural equation modeling showed a good fit. The model evidenced the mediation role of worldviews in the relation between social conformity, toughmindedness, attachments, and socio-political attitudes. The avoidance attachment predicted world as competitive jungle, the anxious attachment did not predict world as dangerous. 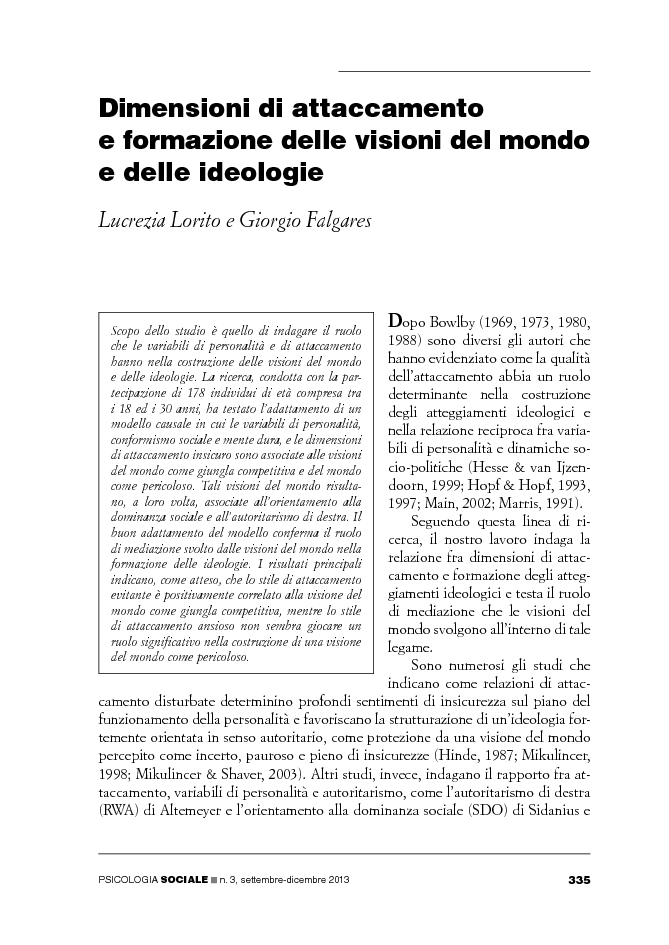