In this study, we aimed to develop two short, balanced, unidimensional and invariant across genders parallel forms of the Right-Wing Authoritarianism (RWA) scale. With a sample composed of 839 participants (F = 58.2%, mean age = 26.50 years, SD = 9.35) we have validated two scales, each one composed of 10 items. After correcting for the distortion stemmed from the acquiescent "response set", confirmatory factor analysis showed the unidimensionality of the two scales, that showed a very strong correlation between them (r = .88). The factorial solution was invariant across genders. 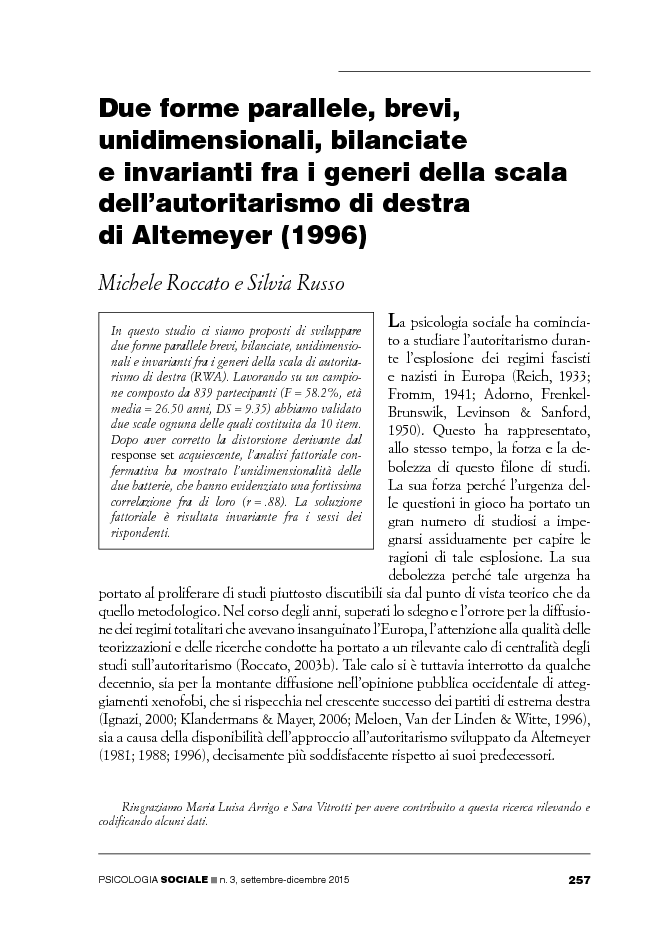