Recent studies have shown that men and women are differently envisaged in the horizontal vector of the space. Consistently with the traditional gender stereotype men, but not women, tend to be represented with agentic features, such as facing rightward. In the present study, we examined the reactions toward single individuals who exhibit a gender-atypical spatial feature, namely, profile orientation (left vs. right). Our results indicated that to the extent that the rightward profile was perceived as gender-atypical for women, a woman showing this profile was more likely to elicit a reaction in defence of gender stereotypes (i.e., less frequent attribution of agentic jobs) by benevolent sexist participants. These findings suggest that gender expectations include also spatial features that, when violated by a woman, lead to stronger support for gender related status quo. 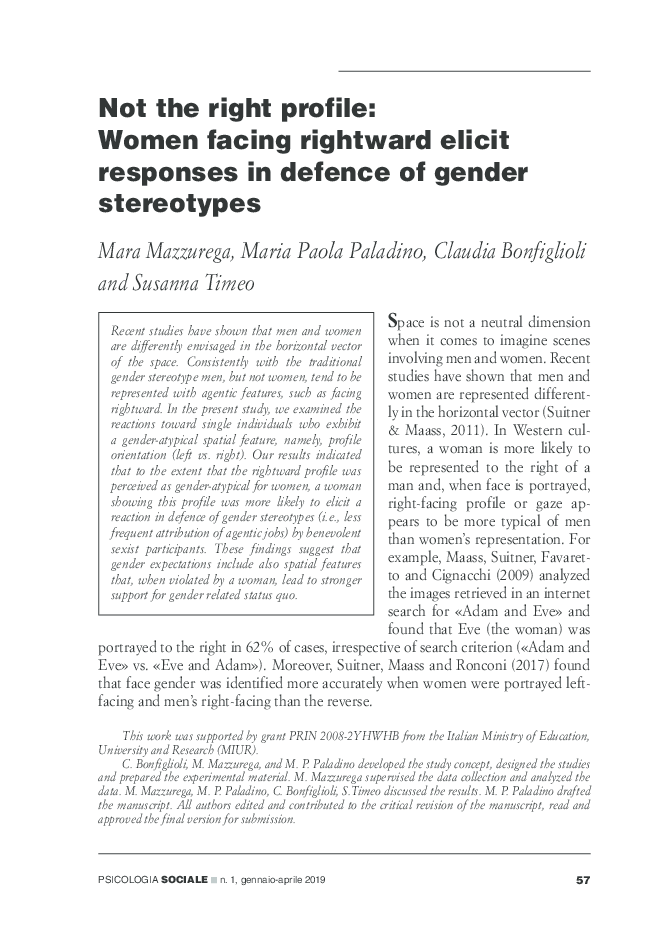