While research on Intimate Partner Violence (IPV) focuses more on the male-against-female case, the examination of same-sex couples is limited. We examined bystanders’ evaluations towards gay-men victims of IPV. One hundred and fifty-eight Italian undergraduates (124 females, 33 males, 1 unknown; mean age = 21.37; SD = 2.18) voluntary read a fictitious article of IPV in which gay-men victims – described as feminine vs. masculine – admitted or not the infidelity. They evaluated victims and expressed their willingness to provide help. Results showed that being unfaithful leads to evaluate victims as less moral, more responsible for the violence, and these evaluations affect bystanders’ willingness to support victims. Despite differences in evaluations of feminine/ masculine gay-men emerged, gender-role expression did not moderate the pattern of findings. 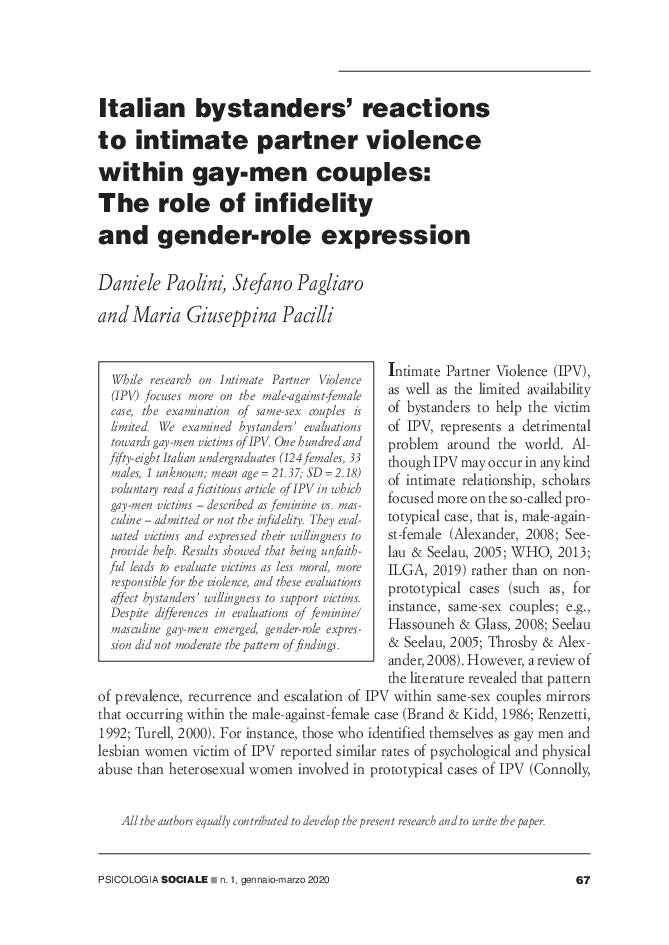