This research aims to investigate the impact of sexual orientation and perception of deafness as disability on deaf people’s well-being. 47 deaf adults (28 women and 19 men), of whom 21 self-identified as lesbian women or gay man, participated in the study. Translation videos in sign language were produced for the entire survey (instructions, items and answers), while also maintaining written Italian for deaf people who do not use sign language. In line with literature, perceiving deafness as a characteristic, rather than a pathology, is associated with greater levels of life satisfaction. Sexual orientation does not seem to influence levels of loneliness, social avoidance, and life satisfaction. 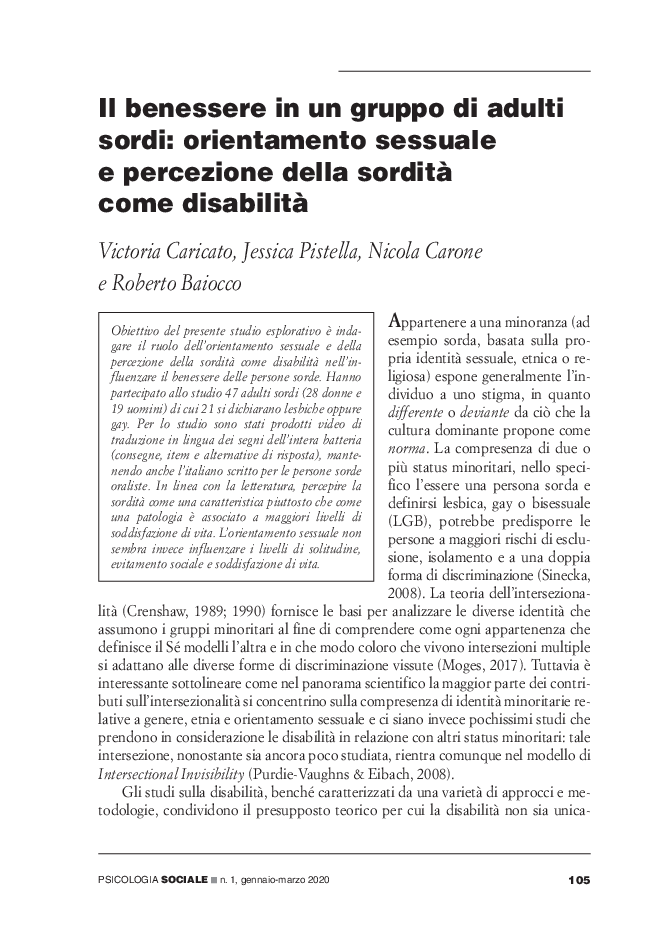