In this study, we tested the validity of the Italian version of the Prejudice Against Asylum Seekers Scale (PAAS), which measures classic and modern prejudice toward asylum seekers. A sample of 740 participants (227 males and 513 females, aged 18-67) completed the scale. The results were consistent with the original 2-factor model providing an acceptable fit for the data. This study, however, suggests taking out two items from the scale. The two correlated factors showed significant associations with right-wing authoritarianism, social dominance orientation, and national identification. No gender differences emerged, but only those related to religious affiliation, age, and political orientation. The Italian version of the scale appears a valid tool not only for research, but also for designing social interventions involving asylum seekers. 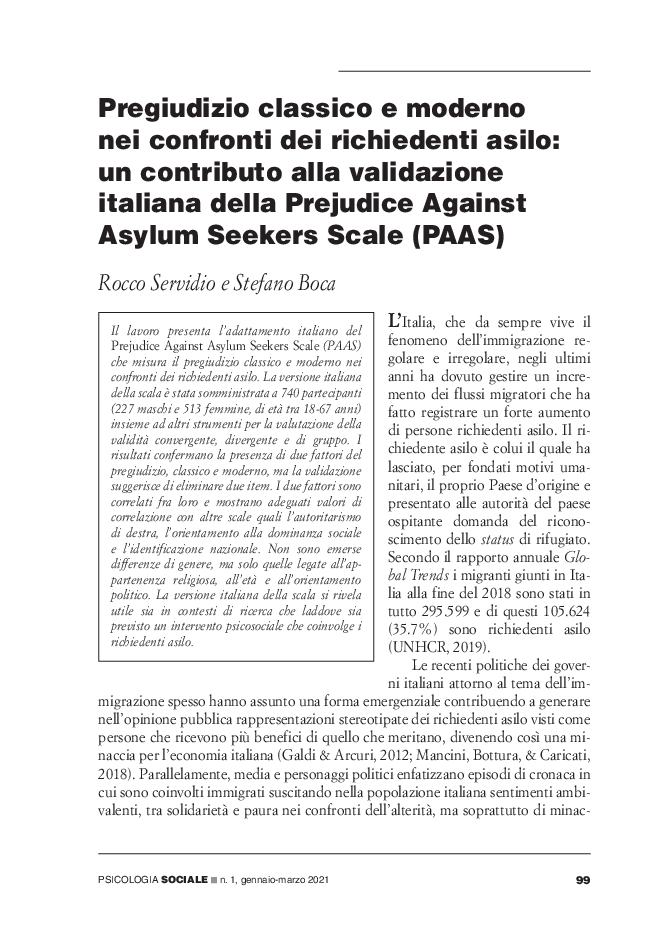