In the last decade Europe seems to have embarked to a large extent on an authoritarian course. Authoritarian traits have emerged from the domestic developments of some Member States, namely Hungary and Poland, where in recent years nationalist and populist right-wing parties have come to power, threatening several core values of European constitutional liberal tradition, such as rule of law, political pluralism, and minority rights. At the same time, there has been a shift towards authoritarianism rather than constitutionalism at supranational level too, as a result of the reforms enacted during the euro-crisis in the field of european economic governance. The essay aims to explain why the populist backlash against the EU is the direct consequence of how liberal elites have shaped the European integration process by resolutely insulating macroeconomic policy-making from the control of their national societies as well as the final outcome of the lack of meaningful alternatives to neoliberal policies, which have been progressively codified in the EU Treaties and the economic governance system until becoming over-constitutionalized. 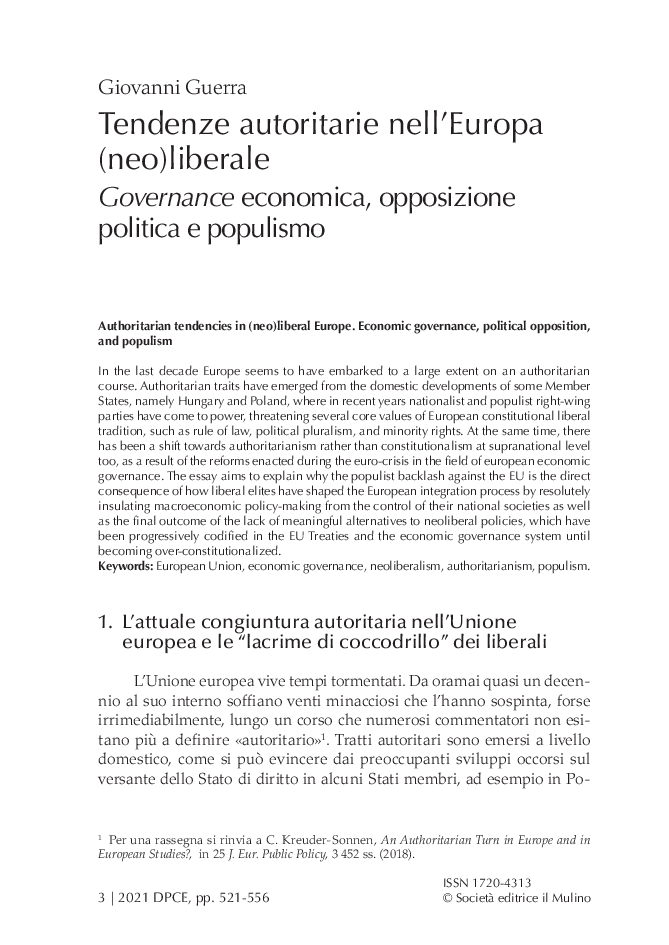