Climate emergency is calling for a quick and decisive legal response. Currently, there is a jurisprudential convergence in reference to the obligations deriving from the United Nations Framework Convention on Climate Change and the Paris Agreement of 2015. In analyzing this trend, the article introduces the differences between climate justice and climate litigation, in order to provide an “ideaµ of climate justice that goes beyond the distributive theory. After recalling the genesis of the climate obligation and the common but differentiated responsibilities of the States within the international law regime, the analysis exposes the cases considered to be the most significant in Europe (Urgenda in the Netherlands, the French L’Affaire du siècle, the German Neubauer et al. and the Belgian Affaire Climat ASBL), with the aim of assessing a possible dogmatic reconstruction of a specific model and addressing some potential critical issues. 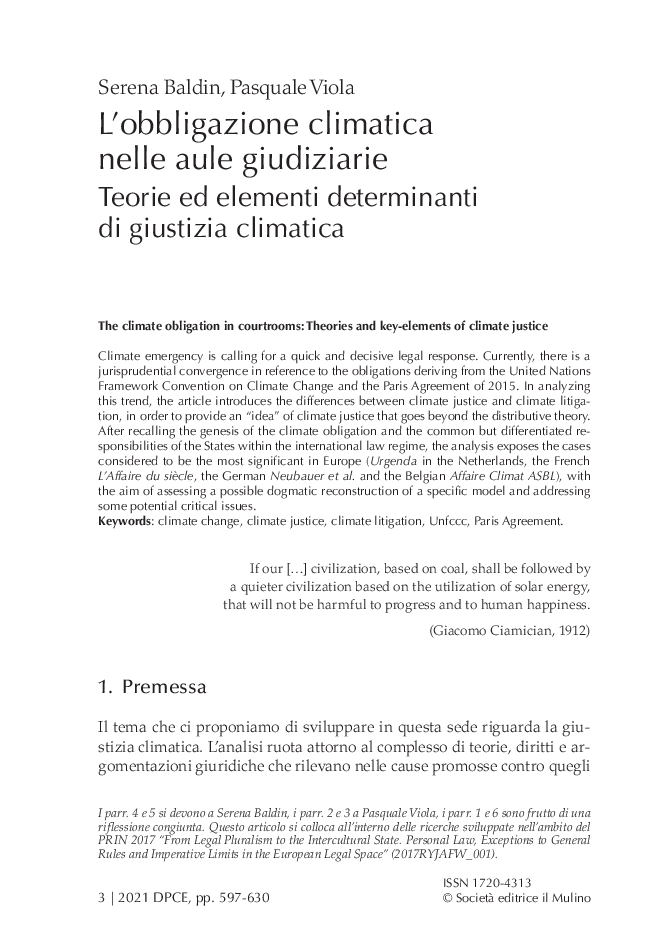