After analyzing the reasons for the United States Supreme Court’s refusal to provide advisory opinions, the essay deals with the Canadian reference power, which is quite distinctive when compared to other common law countries. Firstly, it examines the normative framework and the impact of the reference decisions on the Supreme Court caseload and on Canadian constitutional history. Secondly, it offers an overview of the important issues asociated with that power, moving from the dangers – due to the lack of a concrete dispute – for the separation of powers and the indipendence of the judiciary; and from the weak responses expressly provided from the Supreme Court. Indeed, reference have essentially become “advisoryµ in name only; in practice, the opinions have been regarded as binding and treated like judgements. Then, the essay deals with the Supreme Court’s ability to refuse to answer reference questions, in the absence of the statutory authority to do so, thereby creating a “doctrine of reference justiciabilityµ; and it also investigates the motivations for a government’s use of the reference power and the potential strategic advantages made possible through it. In the last paragraph, some conclusions are drawn, in order to get some lessons from the Canadian experience about the opportunity of having a Court, which performs also an advisory function. 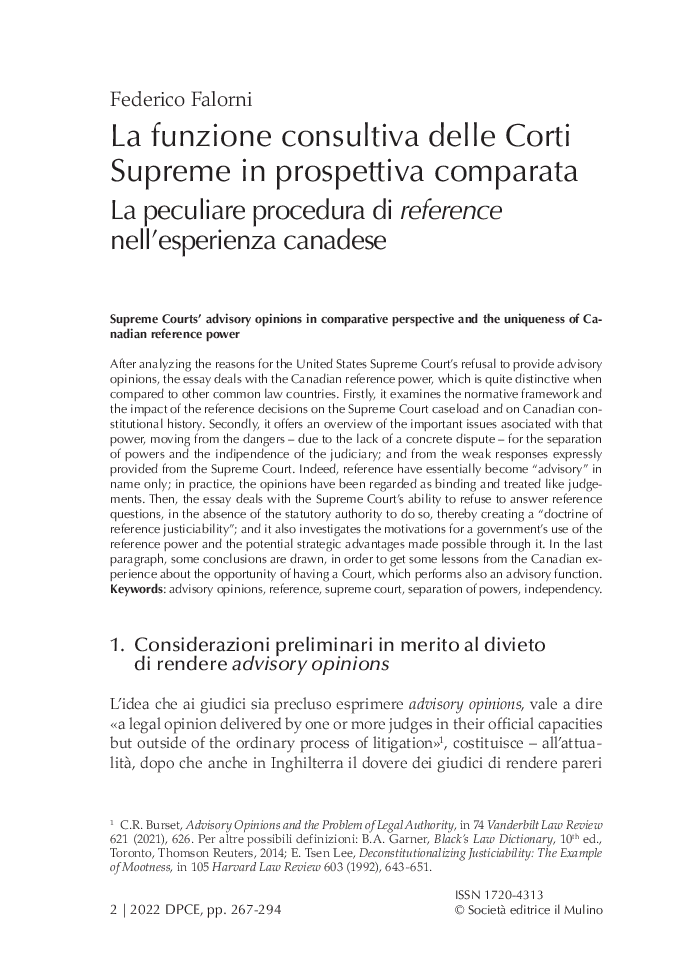