In the paper is hypothesized a correlation between two socio-political phenomena (i.e. lobbying and populism) which are considered profoundly conditioning the current juridical-constitutional culture: facing the crisis of political parties – in the form they were born and established, during the XX Century, in the context of the so-called “stabilized democraciesµ – the aforementioned phenomena appear, in fact, to testify to a different and alternative conception of “representationµ as well as, by extension, of “popular sovereigntyµ. In this sense – with specific reference to the Italian situation, compared to the classic U.S. paradigm – the paper analyzes, therefore, both the (recent) affirmation of so-called “Populistsµ and the stubborn reluctance of the Legislator to organically regulate the lobbying system; this, in order to verify the initial hypothesis: is there a link between lobbying and populism – as both expressions of the pluralism typical of contemporary democracies – and, in particular, a rational discipline of the former can contain the anti-democratic effects of the second? 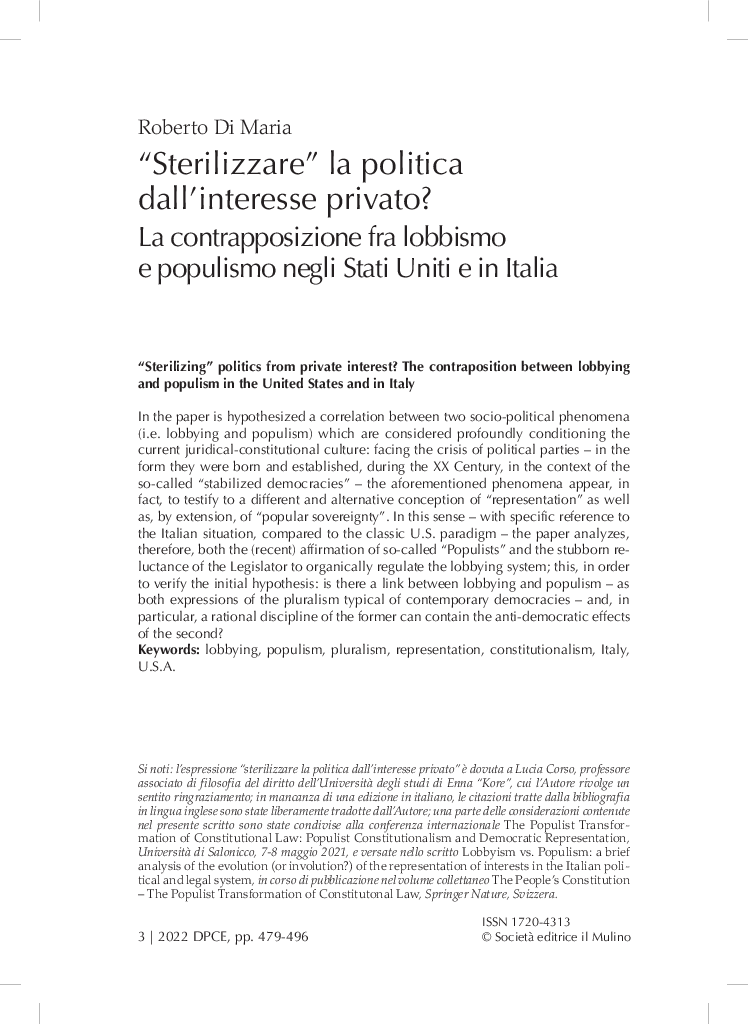