The essay develops an analysis of the history of comparative law within the UK scholarship between the Nineteenth and the Great War. It specifically focuses on the thought of Jeremy Bentham, John Austin, John Stuart Mill, Henry Sumner Maine, Walter Bagehot, Frederick Pollock, Frederic William Maitland and Albert Venn Dicey. The Author argues that although in those years academic teaching of comparative law had not yet acquired stability within British universities, legal doctrine addressed comparative studies contributing to the development of comparative methodology. Moreover, the century of full industrialization and democratization was characterised by structural elements acting as incentives if not directly to the growth of the comparative sensitivity, at least to the formation of favourable conditions for comparative studies. 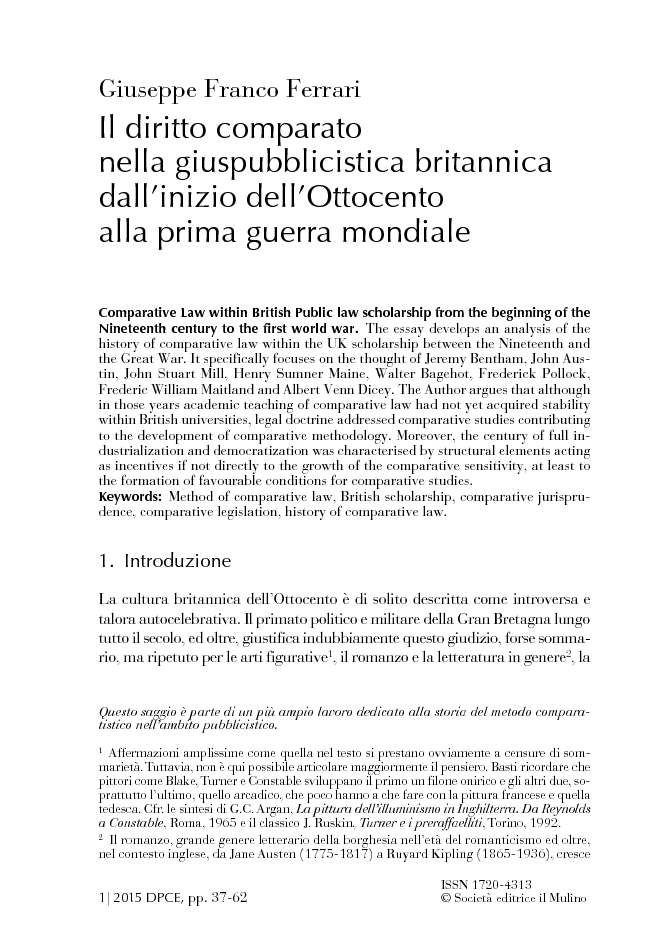