Through judicial and normative examples, which are representative of legal return of torture, the Author focuses on the ban on torture made uncertain, which is related to the changing of concept of "safety": from security of law to the right to security. Torture back again shows fragility of rights, in spite of their pretended "eternity", and the difficulty of saving them from human history's motion: the Twentieth Century, age of rights (at least declared), confronts itself to the Twenty-first Century, as era of return of economical, political and juridical totalitarianism, reappearing in a transformed way. 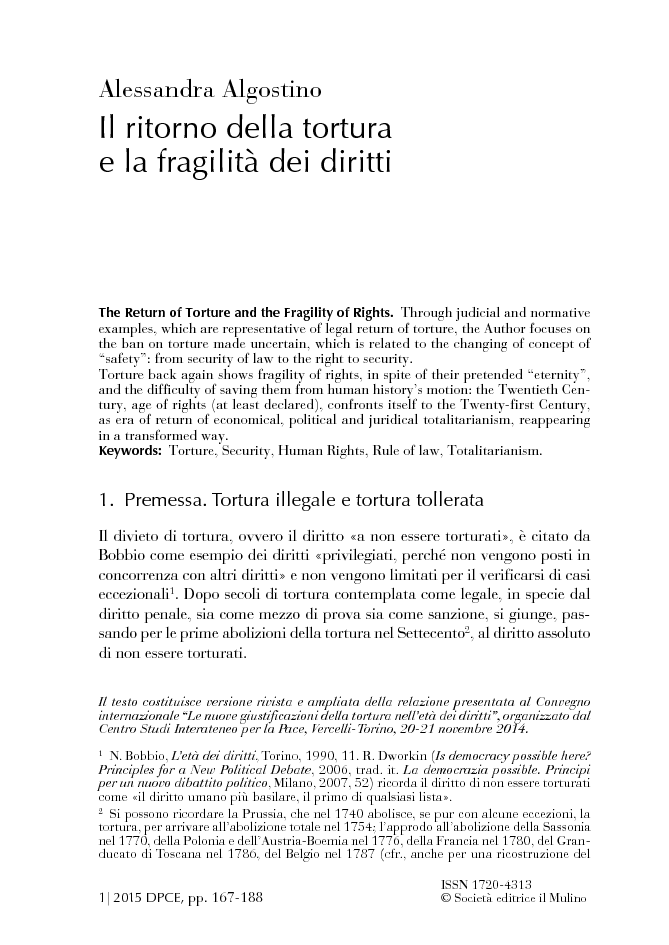