It is traditionally maintained that international law neither prohibits nor authorizes secession. This affirmation still maintains much of its validity despite recent attempts to demonstrate the emergence of a prohibition to secede hinged on the respect due to peremptory norms of international law or on the extension of the subjective scope of the principle of territorial integrity towards secessionist groups. On the other hand, the idea of the existence of a right to remedial secession does not yet correspond to positive international law. However, the fact that international law neither prohibits nor authorizes separation does not imply that secession is totally unregulated. Firstly, international law generally disfavours secession by means of a high threshold of effectiveness required in order to rebut the presumption favorable to State sovereignty, and also through the overall regime regulating secessionist conflicts. Secondly, international law, while not regulating the "substance" of phenomena of secession (which therefore remain essentially guided by the traditional criteria of effectiveness and independence), does not refrain from governing the way through statehood is achieved. Accordingly, independence is not prohibited "per se", but not all means to reach it are allowed under general international law. If these "procedural" rules are not abided by, then, all other States will be obliged not to recognize the "illegitimately born" entity. This will result in a condition of social isolation that produces a material impossibility to act and may negatively affect the consolidation of effectiveness. 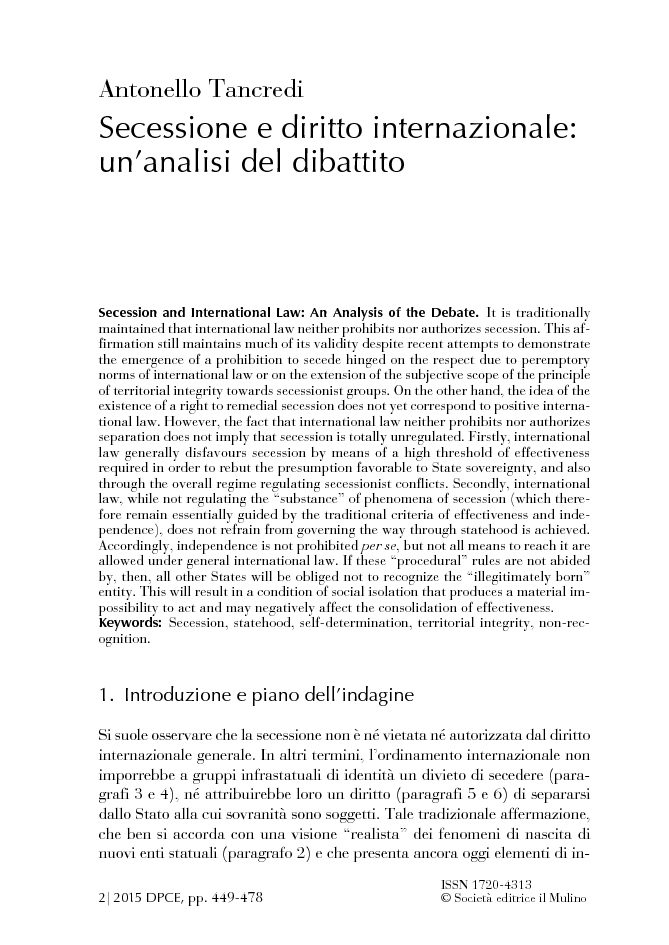