The Financial crisis, which began in the US in 2007 and then spread to Europe has overturned the worldwide economic balance, with obvious consequences, even with respect to legal structure. In an even more globalized world, finance has become globalized too, so that the common vehicles of investment have diversified and pluralized to become a multitude of assets, the lines of development of which are very difficult to follow. In this context, the evolution of sovereign wealth fund (SWF) takes place. The so-called sovereign wealth funds are funds directly managed by a State, whose funding resources may accrue from the sale of raw materials, from public budget surpluses or issuing State securities. Their revenues, especially those since the above-mentioned crisis, are intended to support the domestic economy. This question attempts to answer, albeit only in a part, the questions raised by scholars in recent years, in the light of the juridical and economic evolution of SWF, using updated information provided by the SWFInstitute. 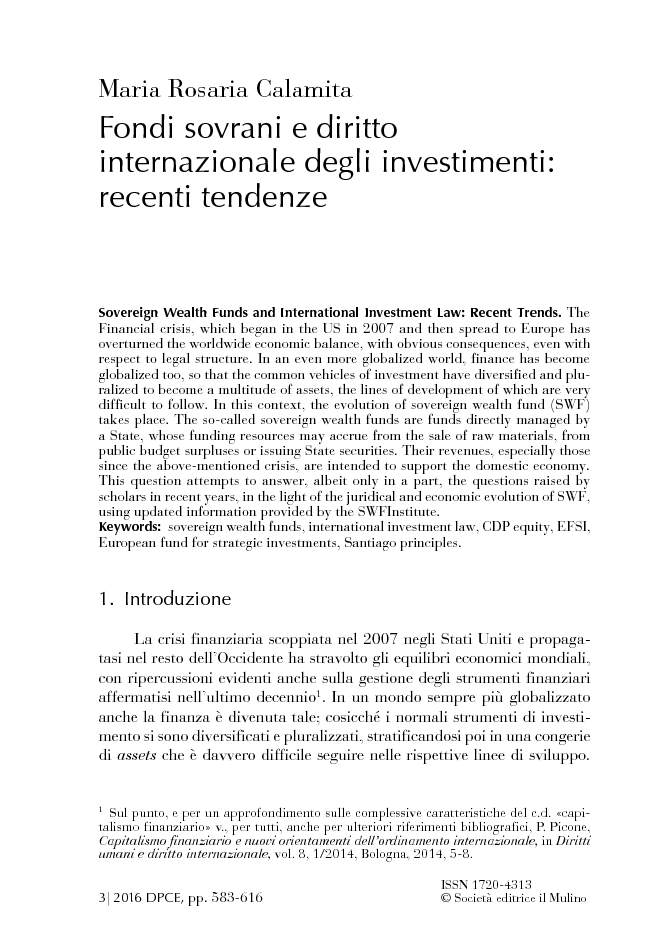