Comparing European national legal systems, the Spanish one has the most relevant legislation - quantitatively and qualitatively - on language rights. Since the 1978 Constitution, the language issues are very relevant and debated; in fact, the Constitution shows the fundamental aspect of "language nations", parts of the one Spanish nation ("common and indivisible country"), re-establishing democracy in a mature regionalism framework, which sets out the key-principles of linguistic rules (art. 3, which provides the State and the Autonomous Communities legislations, now complicated by the claims of Catalonia). The article focuses particularly on the situation of Catalonia, which is the Autonomous Community with the most significant language legislation (along with the Basque Country). The Constitutional Tribunal has declared illegitimate some provisions of of the Catalan Statute of 2006, including the "preferring" of Catalan language in public administration, which also constitutes an aspect that could overwhelm the privileged role in public education (the "cradle of the Catalan language"). The Catalan issue leads to the question if today there is a disintegration of this model of coexistence - it is not only a model to manage language issues - that the Estado autonómico had been able to impersonate. According to qualified voices of the doctrine (but also by the simple wisdom and consideration of reality), a future - still hypothetical - Catalan State should also provides a Catalan-Castilian official bilingualism. 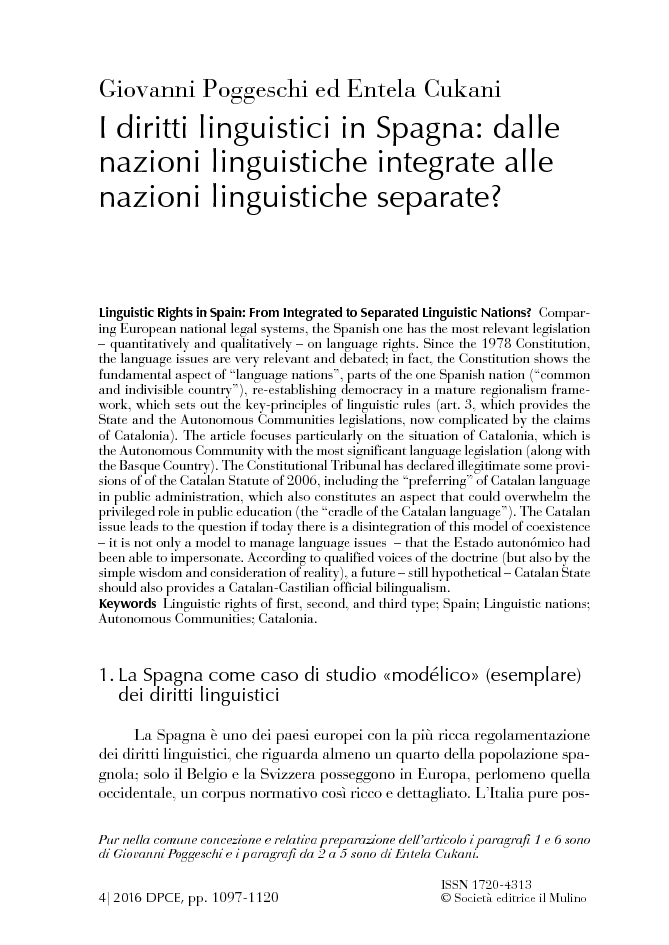