The Frederick II coding, constitutes a formidable laboratory for scholars in many aspects. The amplitude of the regulated cases, the novelties of the relationship between law and power, the provision of a law on a territorial basis, the exceptions provided by the "Puritatem" and the anticipation of the idea of State are some of the most relevant and known aspects of the codifications of Melfi. Of particular importance to the scholars of comparative law, it appears to be the method used by the editors of the "Liber". Starting from a writing of Andrea Bonello, aim of the present research is to analyse the method used by the editors of the "Liber Augustalis" during the period of Frederick II, duke of Swabia. Between innovation and tradition, explicit references to other codifications and circulation of models, Frederick II not only proposed a "New Law" compared to its predecessors, but it has made a real work of comparative law by following a rigorous comparative method. 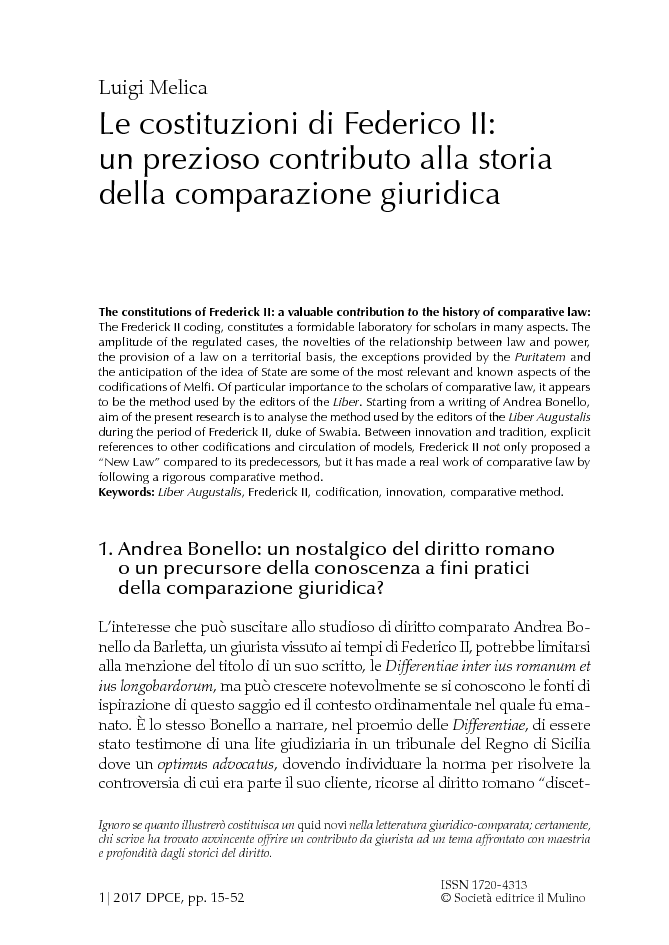