The Venice Commission is an independent consultative body, established by the Council of Europe in 1990, in order to create an institution originally charged with the task of assisting, by constitutional advice, especially the countries of Central and Eastern Europe in the delicate transition, after the fall of the Berlin Wall, from communism to democracy. According to its Statute - extensively amended in 2002 - the membership of the Commission it is reserved to the member States of the Council of Europe and, now, to non-European States who wants to became full members. Through a detailed comparative work of analysis - and subsequent application - of the founding principles of the European constitutional heritage, the Venice Commission is involved, therefore, actively in the spread and circulation of constitutional ideas even in jurisdictions (not only geographically) distant from the European ones, making concrete the cultural trend according to which contemporary democratic constitution-making represents an ever increasingly form of constitutional cosmopolitanism. 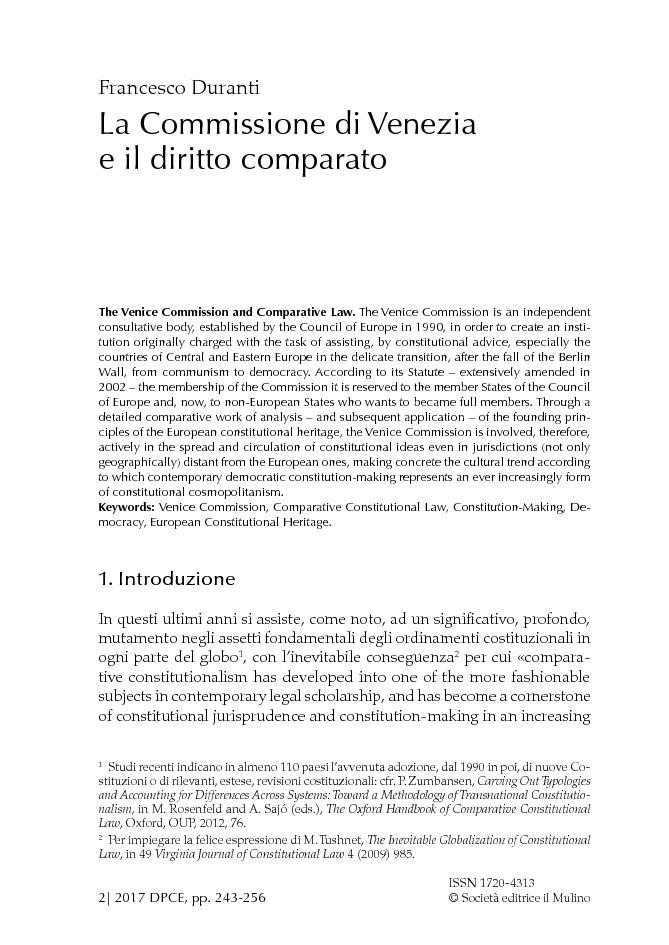