The new Latin-American constitutions make a fundamental contribution in rereading the idea of «consumption » as a driving force for «growth» and «well-being». The reference to buen vivir and to derechos de la naturaleza in official law implicates a detachment from the modern Western way of thinking and at the same time enlightens the presence of a many-sided influence of indigenous law on Latin-American Law as a whole. One of the aspects of this influence is a renewed bond between «law» and «a-growth», in order to preserve natural resources, which implies not only a critical reconsideration of the concept of growth, but also a juridically based refoundation of the economical order. The author argues that the reception of chthonic tradition in the new Latin-American Constitutionalism effectively binds economy to environmental awareness and social realities, implying a refutation of the alleged autonomy of the economic sphere and thus a much needed reconsideration of the unilateral globalization of law and economy. Keeywords: Latin-America, indigenous rights, legal anthropology, new-constitutionalism, legal-pluralism. 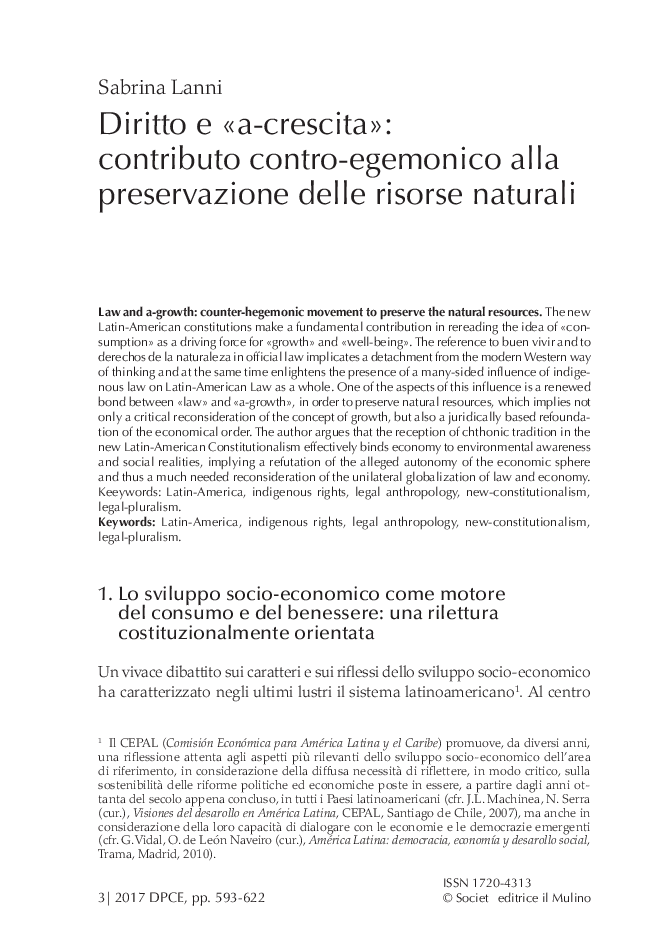