In the era of modern constitutionalism, the importance of selection and appointment of constitutional judges has become ever more crucial for democratic societies. In our democratic systems, the nomination procedures for constitutional tribunals must observe, within the logic of the separation of powers, the proper balance between the judges' independence and the political agenda that brought to their election. The Appointment Clause of the US Constitution represents a favorable example to appreciate this sort of constitutional balance. In the last decades, US political and cultural divisions highly impacted the nominations of Supreme Court Justices. The increasing partisanship and obstruction at the hands of both Democrats and Republicans, involved in the Senate confirmation process, has been the subject of much scholarly debate and criticism. The latest example of this is the recent replacement of Justice Scalia, who died unexpectedly during the last year of Obama's presidential mandate, with Neil Gorsuch, appointed by the new President Trump. The long political fight between Democrats and Republicans for the appointment of Justice Gorsuch explains the legal struggle between political views and constitutional rules that informs the US Supreme Court composition. 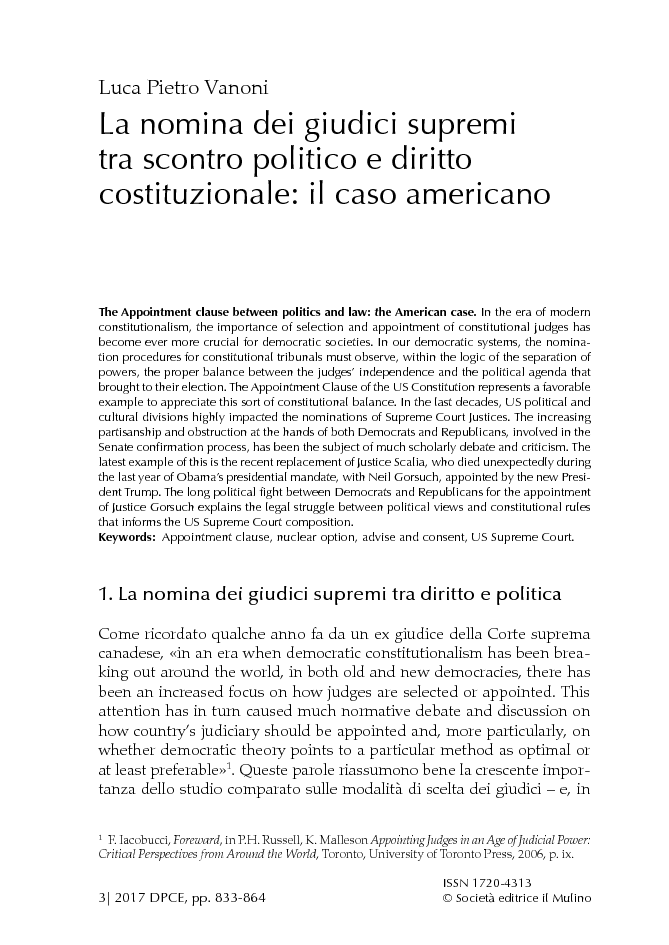