In this article, we have analyzed, according to a list of criteria identified following the 2010 OECD Recommendations, the regulation on lobbying adopted by some Spanish and Italian regions in the last years. Our assumption is that, although there is a higher level of diversity among Spanish subnational legislations, in many ways they appear to be more progressive than the Italian ones. Nonetheless, in order to overcome such fragmentation, which creates uncertainty among lobbyists and citizens, a homogenous legislative framework should be enacted at national level. 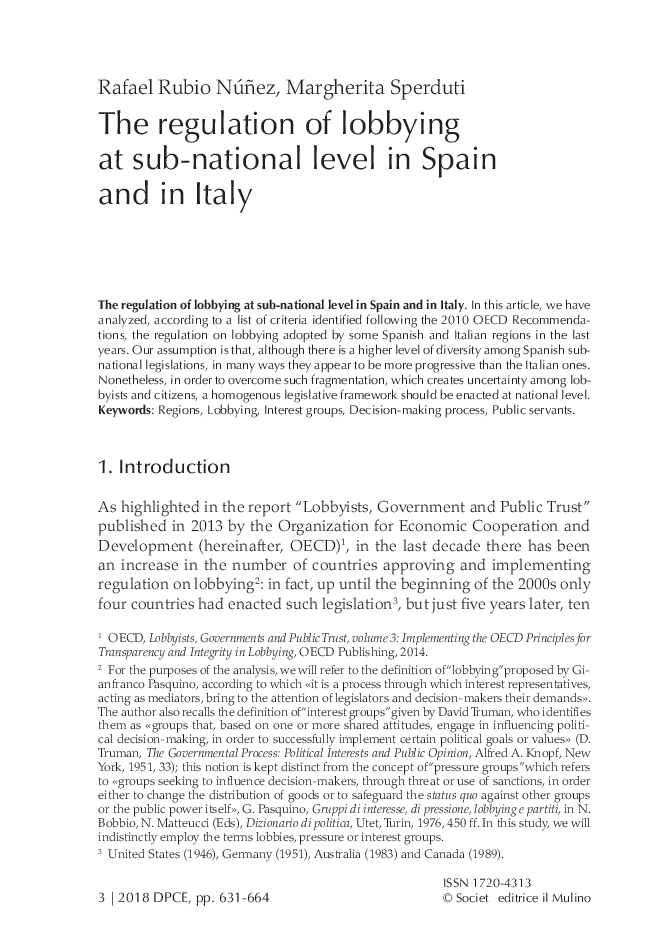