Lately, the right to the land of natives and tribal peoples has been interpreted so as to encompass the right to the territory. This means that the occupation of a geographical area does not merely involve the exercise of rights in rem but also implies those collective features, both cultural and social, essential to the survival and protection of the indigenous identity. In indigenous cultures, the individual and collective rights, the land and the territory, are not in contrast with each other but interrelated, as being part of the same ecosystem where the guarantee of the individual rights is fully achieved by linking the humans' collective rights with the other living creatures. Over the last twenty-five years Latin-American constitutions provided for a constitutional acknowledgement of the pueblos indigenas and of the collective properties, also under the belief that their protection is useful to the defence of the ecosystems and of the environment. The comparison between the Latin-American experience and other forms of collective rules, especially the "usi civici italiani", underlines different cultural and economic assumptions that come to a common approach in the protection of the environment. 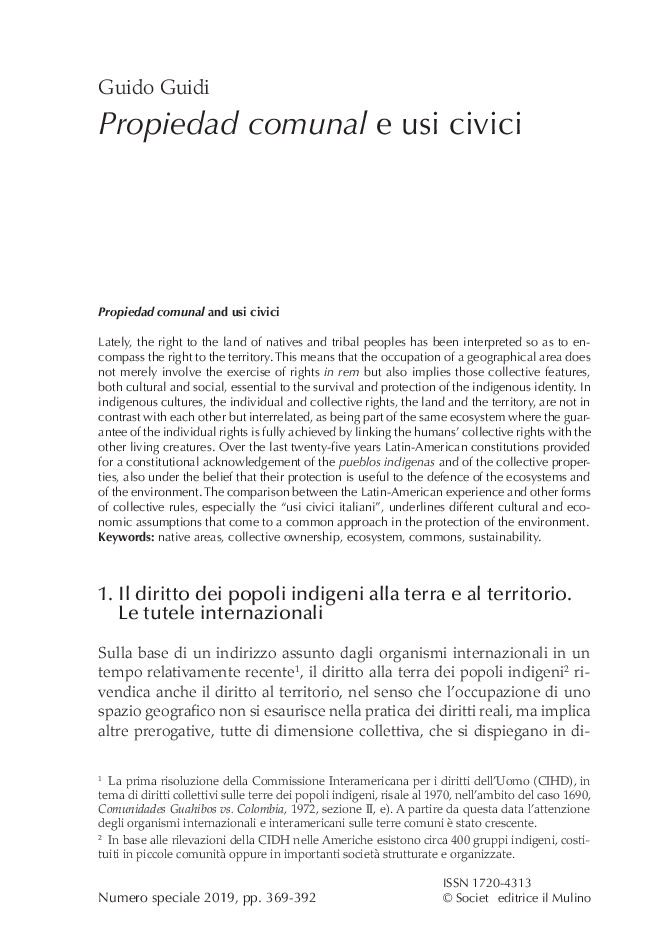