The essay examines the friend-enemy dichotomy used by populist and racist political parties and leaders, to identify, today, in terrorists and foreigners, as a single enemy, the object of their repressive policies against freedom and denying equality. The democratic State based on the rule of law is threatened more by this change of nature than by the action of terrorists/foreigners. Discrimination policies are functional to the objectives of globalization rather than to national sovereignty, not coherent with the traditional "values" of democratic State, because they imply the progressive reduction of privacy, procedural guarantees, political pluralism, etc. by a public opinion conditioned by the propaganda of public authorities. 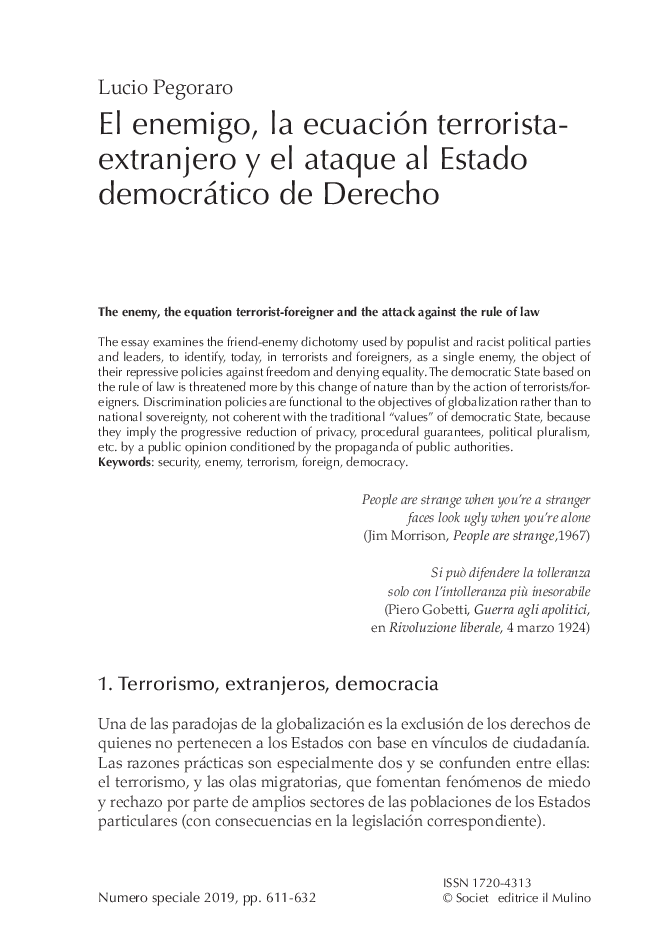