After briefly analyzing the individual, universal and unconditional right to basic income, as well as the so-called «traps» that derived from the non-universality, conditionality and non-individuality of social polices, a succinct analysis will be made on the correspondence between the poverty, domestic, employment and loneliness traps in relation to some Latin American programs. Moreover, after summarizing the unique situation regarding poverty and social programs in Latin America, with the aim of showing the deficiencies of the region compared to a well-developed welfare, some risks will be formulated that could be verified from certain possible interpretations of a basic income proposal. It will be suggested, in relation with Latin America, the risk of oversimplification, the risk of excessive reduction and the risk of neutralization, to conclude this paper with reference to the risk of distraction. The aim is to emphasize how in Latin America could be the fertile ground to allow justifications (at least not very charitable or even forced) of the basic income that could lead to the sort of effect that, paradoxically, the proponents of the basic income try to overcome. 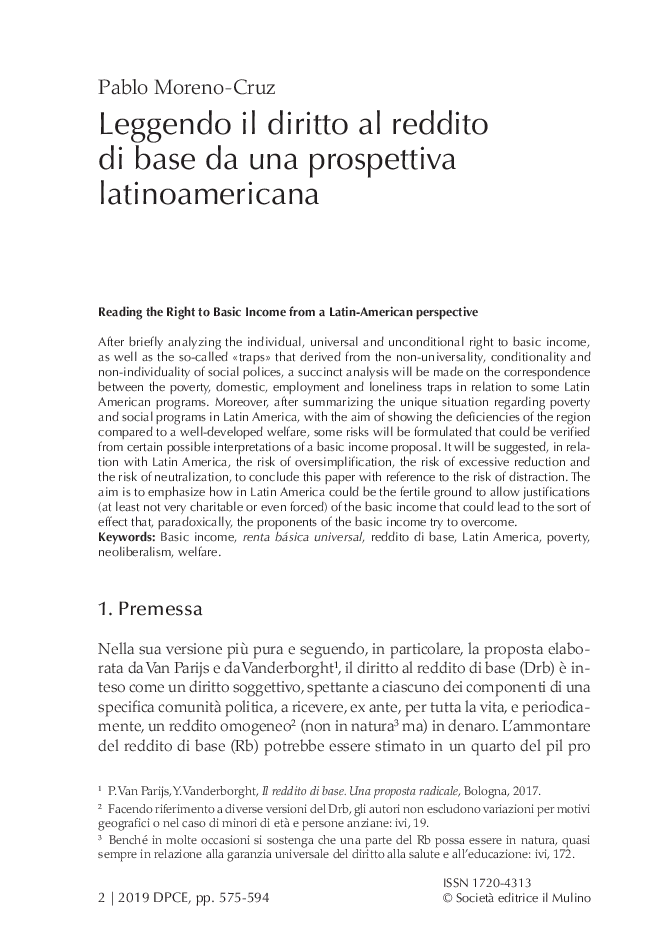