This article peruses the 1,850 year tradition of Western laws against polygamy and the recent developments in the field. It shows how the traditional Western cases against polygamy and same-sex unions used strikingly different arguments drawn from the Bible, nature, rights, harm, and symbolism. Because these arguments are so different, Western nations can responsibly hold the line against polygamy, even if they choose to accept same-sex marriage and its accompanying norms of sexual liberty, domestic autonomy, equality, and nondiscrimination. 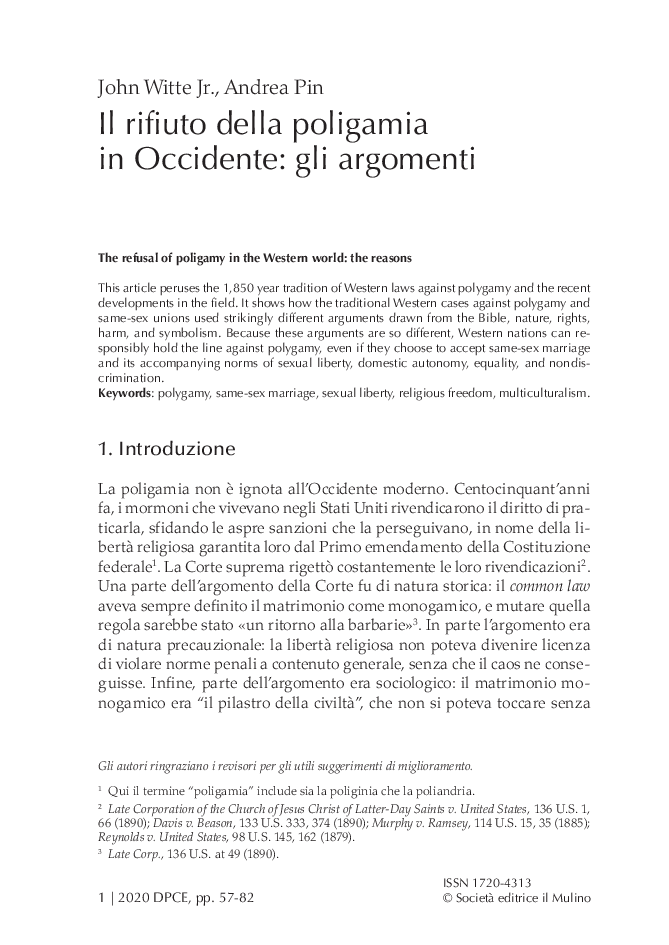