The Constitutional Rechtsstaat, while certainly inspired by the Rechtsstaat, represents a process of development and further rationalisation of the basic features of the latter. As such, it deserves to be classified by itself in a comparative overview of forms of state. Specifically, the new functional and organisational pattern adopted by many states in Europe – out of their historical experience of authoritarian rule – appears to be centred on the fundamental need to enhance the protection of the new liberal and democratic régime: this goal is achieved by limiting the scope of majoritarian mechanisms to the policy making function, while attributing to non-majoritarian (either more-than-majoritarian or less-than-majoritarian) mechanisms the role of a functional shield of constitutional democracy, inclusive of the function of the Opposition. 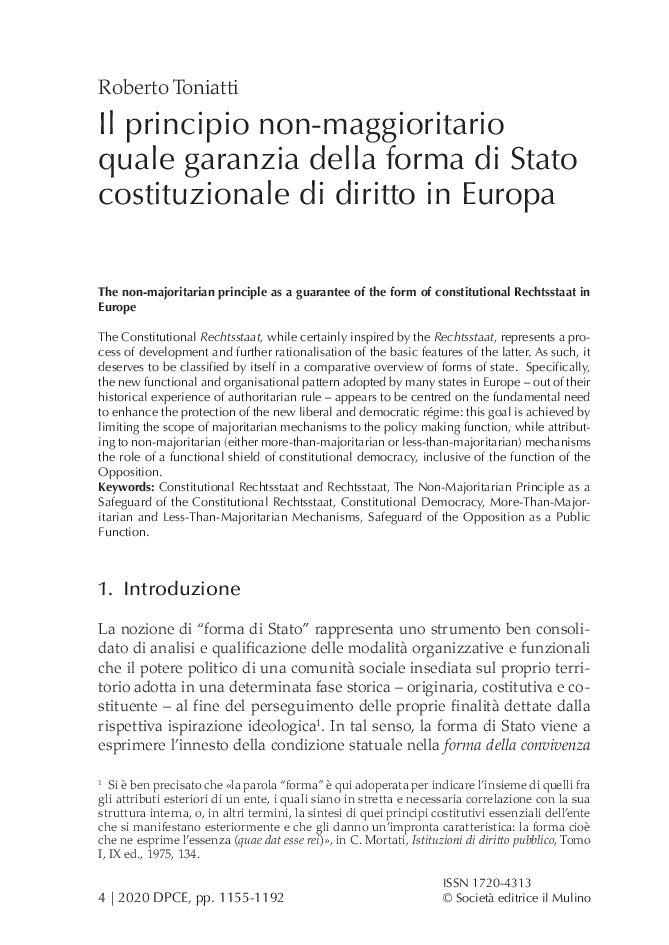