By the beginning of this year, EU institutions are approving a proposal of directive on the internal market services liberalization. It is probably the last important step along the path of european economic integration, started in 1957 with the Treaty of Rome. The proposal has not yet an easy pattern, above all for the "country of origin principle". This principle is seen by the supporters as an important tool to speed up the process, but by the opponents as a way to favour possible bottom races for social standards, due to a competition based exclusively upon the employment factor. A basic question is what it will remain at the end of the day, after revisions, corrections, integrations that characterize intermediate steps to find a more accepted solution that could let start a slower liberalization pattern. The work begins with an introductory section where we briefly review the phases of market liberalization, trying to fix the principal points and the sectors interested by the directive, the actual situation and the changes of the proposal. Then, we show theoretical - empirical evidence about service liberalizations, with specific reference to the hypothesis of directive. A quantitative - qualitative analysis of a case study about an Italian province, neighbouring with a new entered country and with an high proportion of services activities, is a first attempt to analyse the expectations of the subjects involved by the proposal. Finally, some considerations follow. 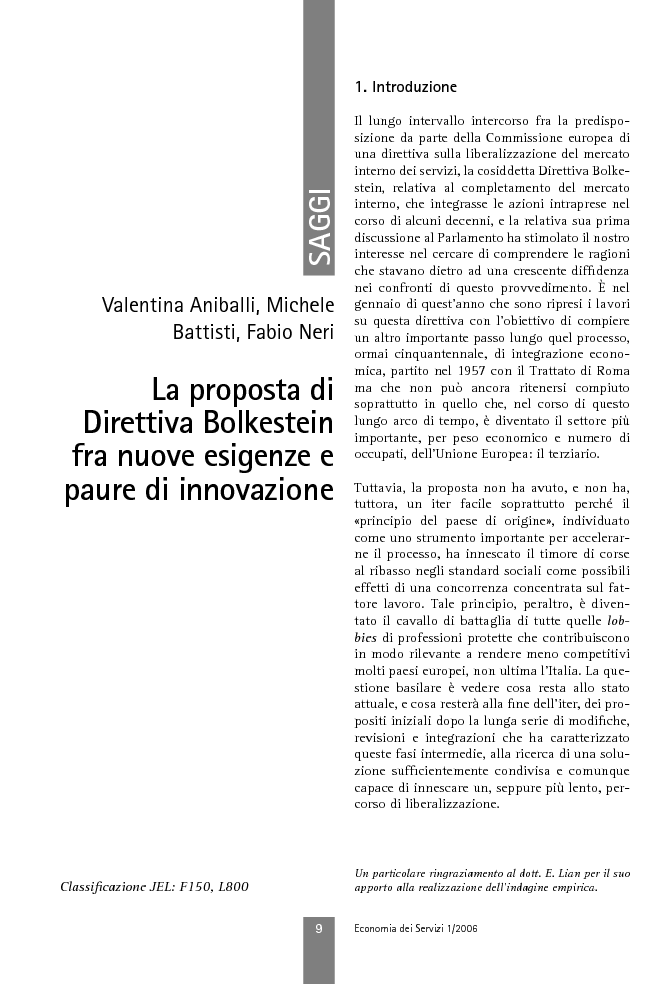