The paper analyses data on arrivals, attendances and average stays of Italian and foreign tourists in a medium-large city, Catania (Sicily), on a monthly basis over the period of January 1992- December 2005. Firstly, these time series are modelled as SARIMA processes. Deterministic, seasonal and stochastic memory are significant, as well as a structural break; we also conclude that a seasonal gap is absent. Secondly, the influence of income is considered. Specifically, we estimate that the elasticity of the Italian attendances to the current income is equal to 0.6. On the basis of this evidence, we propose an interpretation of tourism in Catania and some related policy prescriptions. 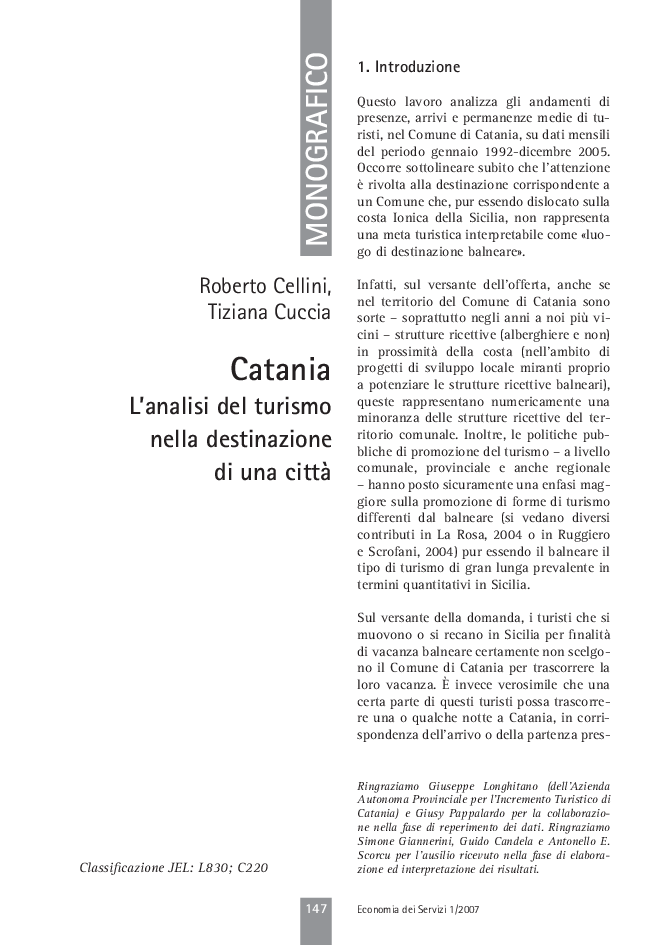