The draft bill ("disegno di legge") no.772 outlines the public control of water resources and services throughout Italy. This paper argues that such a legislation would be as irrational as the diametrically opposing approach of total privatisation. So far, econometrics has not shown the "systematic" superiority of solution either in terms of productive or allocative efficiency. This paper recommends to make the choice on a case-by-case basis that takes into account the specificity of the local water service in question. The proposal of a far-reaching public control of the sector implies the drawbacks present in all regulatory methods. Faced with these limitations, public control may appear as the easiest solution. This paper illustrates how the problematical aspects of regulatory models such as "competition for the market " and "capital market competition ", as well as "yardstick competition " are in fact considerably less serious than often suggested. Therefore, such limits should not induce legislators to seek a merely public solution as a means of avoiding the limitations present in regulatory methods. In particular, the paper analyses the various criticisms of yardstick competition and attempts to show that these are, to a great extent, unfounded. 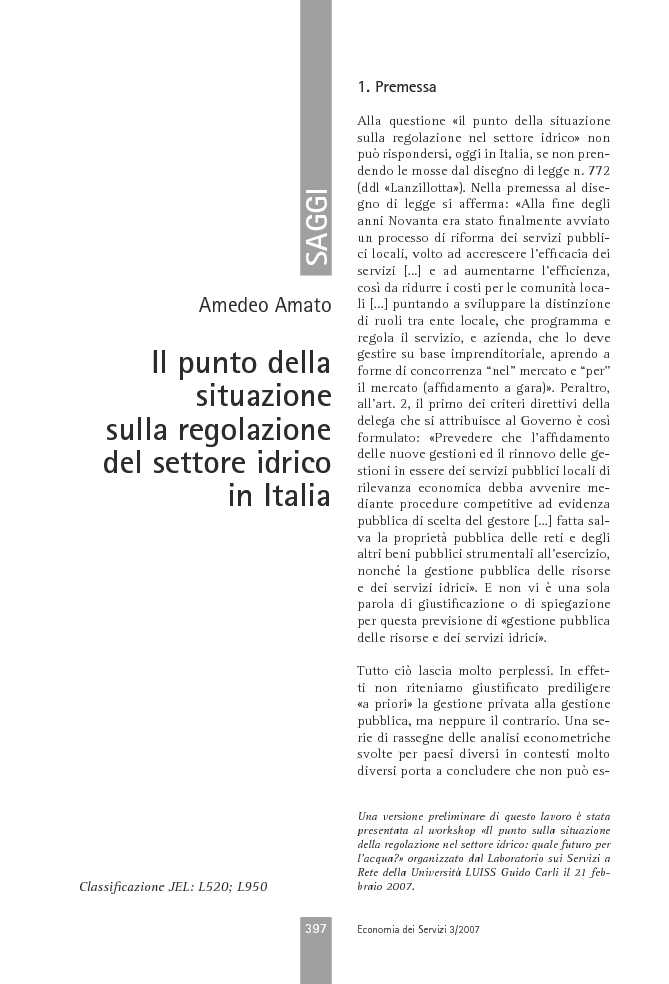