The pace of growth in trade of goods and services between Europe and Asia has been very dynamic in the last decades and has brought about deep changes in the maritime sector. The two port systems of the Northern Range and of the Mediterranean region in Europe are tightening their relationships with many Asian port systems. The traffic of merchandise is highly concentrated in Asia: the first 6 ports in the world are Asian, handling more than 100mill. containers, a great deal more than Europe as a whole. In the Mediterranean area, new ports, next to those belonging to South Europe, are emerging in Morocco and Egypt, others will follow in the future in Tunisia and Algeria. Around them, Industrial Development Zones and Free Trade Zones, modelled on those already operating in China, are settling to attract foreign investments in logistics and industrial production alike. As a result, in the era of ultra-large container vessels, the traditional port hierarchy in the Mediterranean region is in jeopardy. Many transhipment as well as direct-call ports are competing with each other and cost reductions, productivity increases and strong improvements in transport and logistic services on "land side" are key factors for ports aiming to predominate in the future. According to many experts, the Mediterranean sea is central in the foreign policy of many Asian countries, first among them China: a great opportunity for Italy and other countries in the region. Cooperation in port networks based on a mutual exchange of experiences on the best practices in public-private partnerships and intermodal transport systems will contribu te to spur growth and development in the two continents. 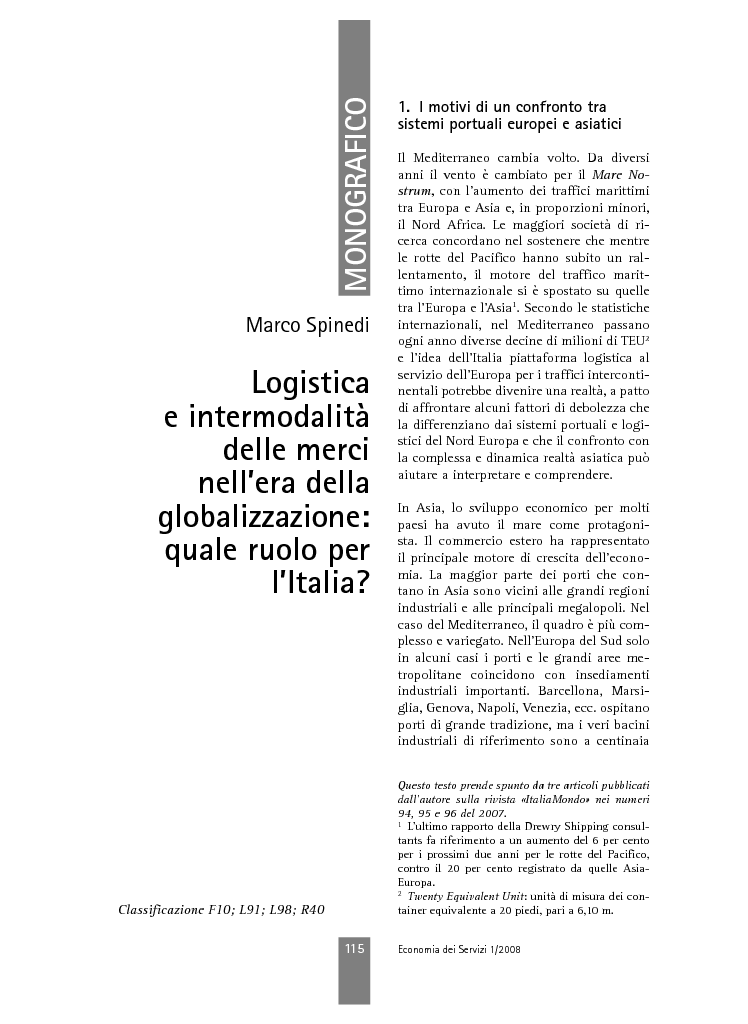