This paper examines the long-run pattern of service growth which has affected the Italian economy since the seventies. The weight of this producing sector in terms of employment and income, measured by the value added to GDP ratio at current prices, is now around 70%, showing that Italy catched-up the most important advanced economies. In particular, the attention is focused on decomposition of labour productivity dynamics according to its between and within-sector components. The productivity is analyzed both for the three main sectors of business activity - i.e. agricolture, industry and services - and for the service sector in its detailed breakdown. The two components of labour productivity are named, respectively, "infrasectoral component" and "structural component". The first measures the productivity level changes inside every branch of total industries (the within effect); the second measures the productivity changes emerging from employment variations between production sectors showing different labour productivity levels. Both of them influence the productivity of whole economy. The empirical evidence shows up that Italian productivity slowdown is determined primarily by the very often advocated reduction of infrasectoral component. We point out that also the coming to nought of structural component has played an important role, reinforcing the negative trend in productivity growth. Even so, the persitent gap in productivity levels of service sectors implies, at least in theory, that remains some room for gains in whole productivity by achieving a different labour force allocation between services within the service sector. 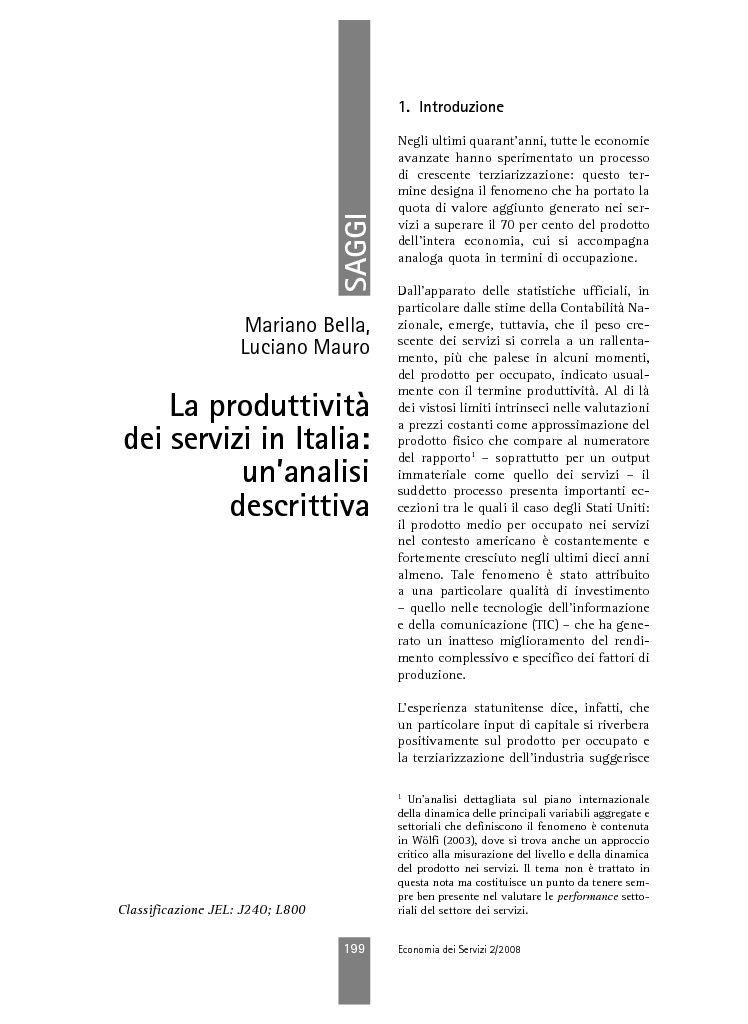