The paper presents an economic evaluation of the scrapping subsidies, often planned in Italy during the past few years, which represent, as the legislator clearly pointed out, a tool directed to reduce air pollution, according to the EU's politics of environmental conservation. Obviously, in a period of crisis, either of the whole economy or of the sector considered, such incentives might also work as support to the automobile industry. The study explores a Regulatory Impact Evaluation (RIE), an ex-post evaluation of the existing measures, investigating both, the efficacy and the efficiency (cost and benefits) of the subsidies in force in Italy during 2007, reaching useful conclusions to fulfill this kind of measures. In this sense, a RIE, complementary to a Regulatory Impact Analysis (RIA), is suggested. On a methodological basis, the paper highlights three basic issues: i) the likely consumers' strategic choices which, following the government's introduction of incentives, decide to sell and buy a new car; ii) the correct time horizon for the evaluation of costs and benefits resulting from the introduction of the incentives, especially when it anticipates a demand for goods which remains nevertheless down the line; iii) the importance of using a disaggregated approach to analyse each subject directly or indirectly involved in the measure , in order to estimate its efficacy in the pursuit of its own aims. 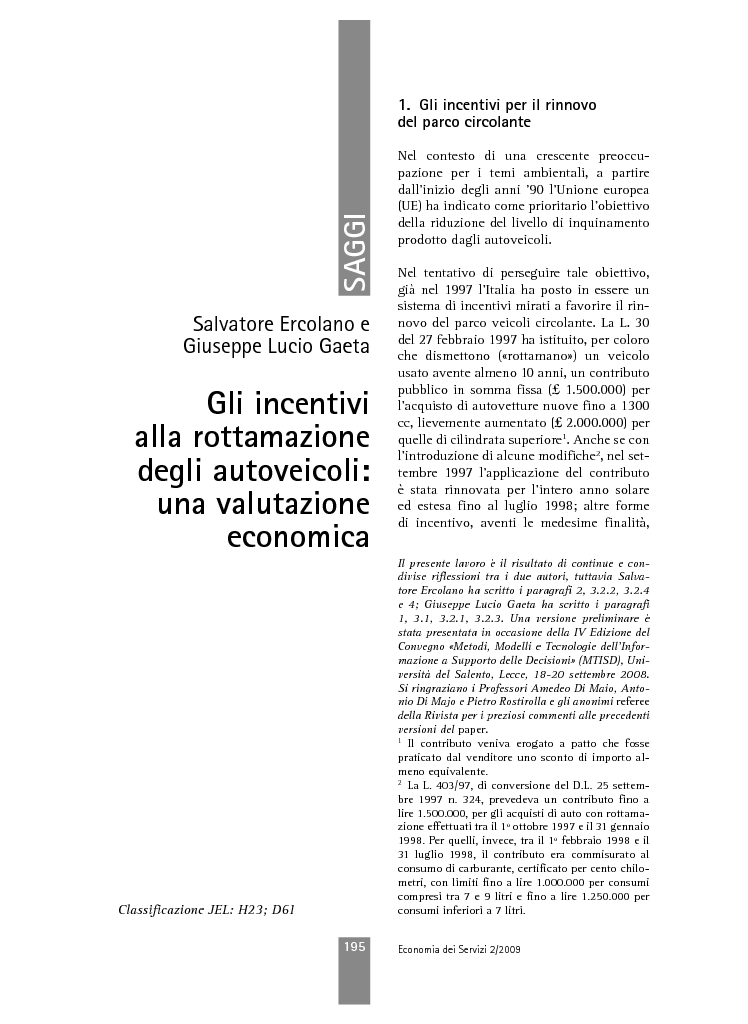