The paper critically reviews and describes the activities undertaken by the Italian Antitrust Authority (IAA) in its first two decades of action. As an independent Authority, it has the status of a public agency whose decisions are taken on the basis of The Italian Competition and Fair Trading Act of 1990. In the first part, some pivotal steps on competition policy making are illustrated; they were particularly helpful in order to introduce the IAA in the Italian system, both among industries and consumers. Then the paper analyzes the IIA activities from 1994 to 1997 and from 1997 up today, focusing on the main actions taken to ensure competition, enforce recent Community Directives into Italian law, introducing new rules governing misleading and comparative advertising in relations between traders with new forms of protection for consumers against unfair commercial practices. Finally some policy consideration are discussed. 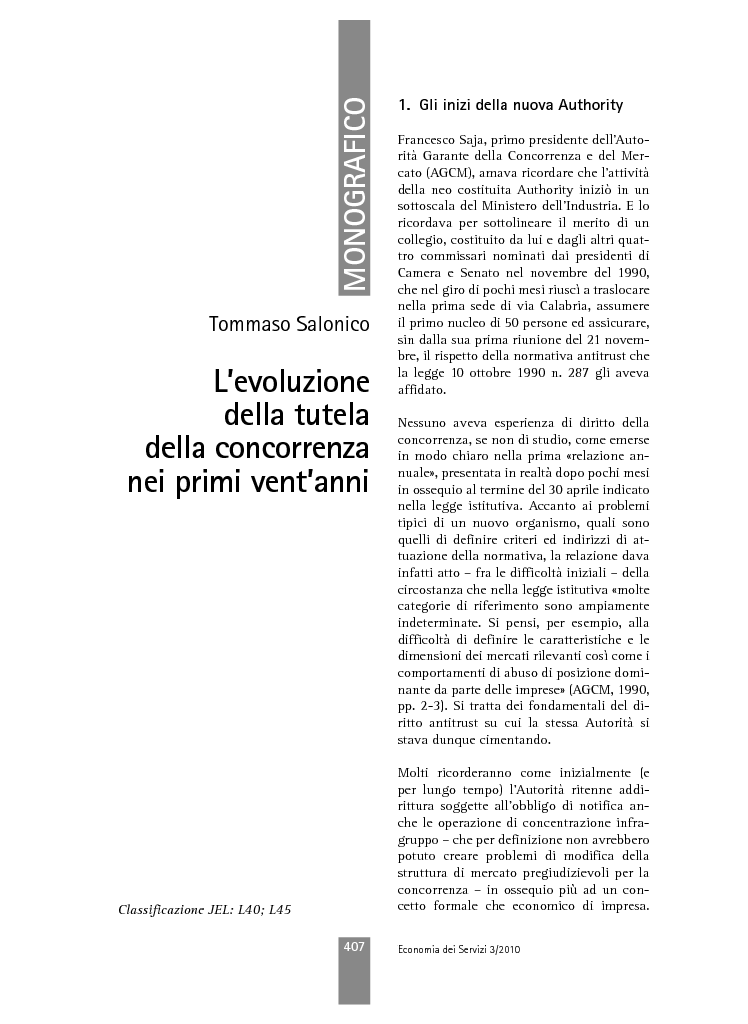