The paper investigates the development of a tourist urban destination through the conceptual analysis of its carrying capacity. The aim is to investigate and critically reviewing the main theoretical and empirical literature in order to highlight principal achievements and areas of research still open. The issue of sustainable tourism and exceeded the carrying capacities in urban areas have been developed in the second half of the 70s, focusing mainly on financial aspects of tourism. Later, especially between the late 80s and early 90s, a parallel concept has been included, among the different impacts of tourism, on the social carrying capacity. One of the clearest findings of this paper is that, for a long time and also today, the economic investigations have focused on the physical and financial carrying capacity of a destination; nevertheless it would be important to open the perspective to the social carrying capacity constraints and subjective, too. Additional areas of investigation still remain in order to define a methodology for measuring the total reception capacity, and to study the phases of the tourist's cycle, especially in relation to the non-metropolitan urban tourist destinations. 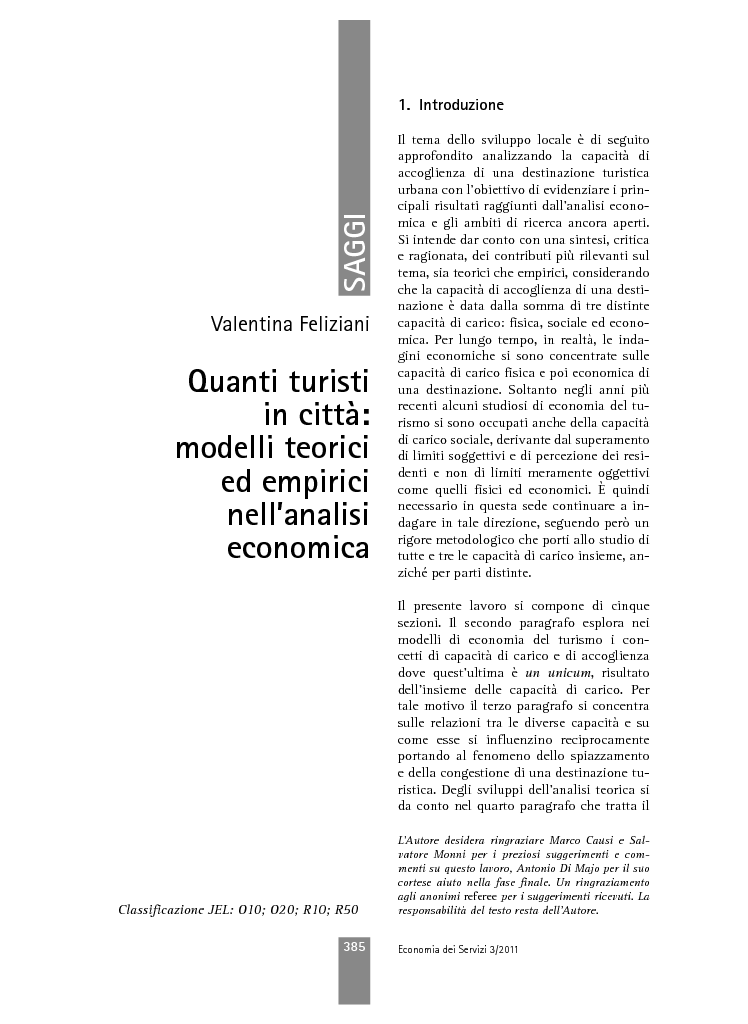