This paper explores the differences among the four groups of bishops who participated at the Second Vatican Council, with the goal of answering a simple, but key, sociological question about the Council: who wanted what, and why? In brief, I argue that in order to understand, explain and ideally even predict, the perspectives, interests and goals, or what I call organizational strategies, of religious leaders, sociologists of religion must broaden their understandings of the factors that affect them. Though Supply-Side theory recognises that the presence of other religious institutions (i.e. religious pluralism) has powerful effects on religious leaders, I argue that in order to predict not only whether religious leaders will be open to reform, but also what reforms they will prioritise, we must consider not only the presence of other institutions in a society, but the relationship between those organisations, especially whether those relationships are stable. This is the case because in stable fields, legitimacy concerns trump concerns about efficiency and growth. 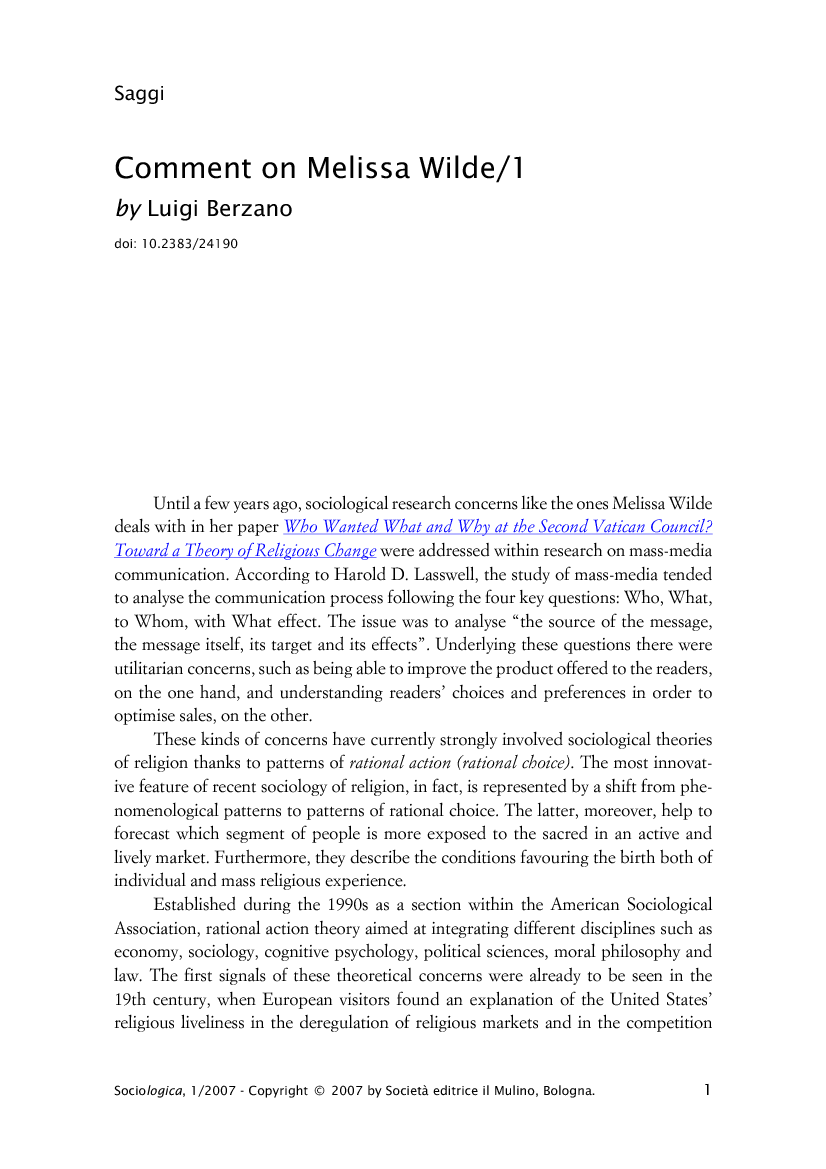