Reacting to the original papers outlining the importance of "social mechanisms," this paper contrasts two views of the social process, the mechanismal and the relational. In the sources here analyzed, the mechanismal perspective is largely based on methodological individualism and generally presupposes rational, or at least intentional, action. A fundamental assumption of this approach is that the meaning of an action is given in itself. The relational view by contrast holds that the meaning of an action arises only from its relation to other actions, both temporally and structurally. The relational view takes not actors but interaction as primitive and focuses on the scene (context) of action rather than the intentions of actors. The paper investigates these differences by examining the Elsterian mechanisms of "endowment" and "contrast," both theoretically and through the example of application of students to institutions of higher education in America. 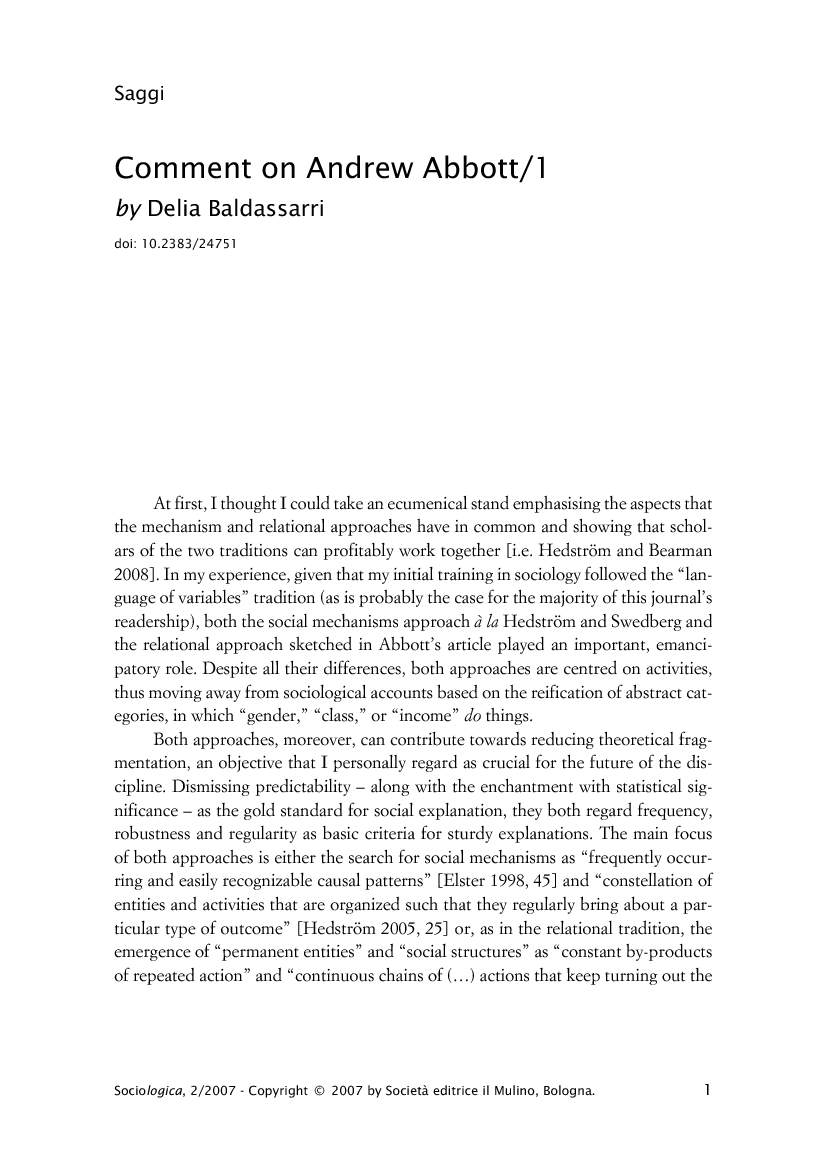