This essay represents an attempt to bring the notion of materiality to the attention of economic sociologists. The point of departure is that what most people view as "the economy" consists of a mixture of objects, actions and relationships. "We are living in a material world," as Trevor Pinch has put it. This insight, however, is missing from modern economics. Originally, economics was closely allied to materiality, as exemplified by the economic theory of antiquity. After Xenophon and Aristotle, however, the materiality of economic life has grown successively thinner in economics; and today economic theory is defined (in mainstream economics) as simply an approach and a perspective. Earlier attempts to focus economic analysis around materiality, especially in home economics, are also ignored today. 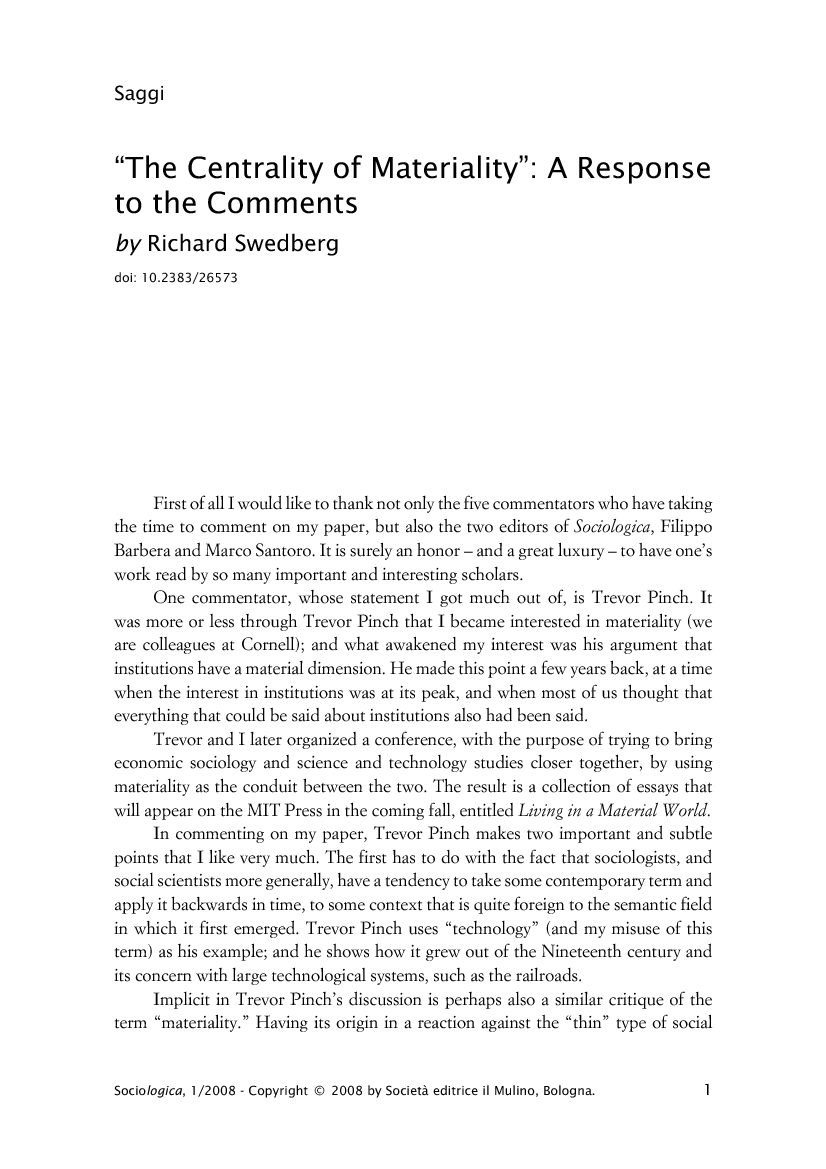