This paper combines historical and biographical work on the Frankfurt School of critical theorists with a sociological approach to intellectual creativity outlined in Michael Farrell's provocative book Collaborative Circles: Friendship Dynamics and Creative Work. Revisiting earlier research on the often unheralded role the psychoanalyst Erich Fromm played in the early years of the critical theory tradition, the paper reviews the theory of collaborative circles outlined by Farrell, applies this social science explanation of conflict and creativity to the Frankfurt School network of Horkheimer, Fromm, Adorno, Marcuse, Lowenthal etc. and suggests a new way of thinking about the history of this innovative and controversial group of social theorists and researchers. The paper concludes by suggesting revisions to the Farrell model of collaborative circles and compares and contrasts the strengths of the theory to the "scientific intellectual movements" approach outlined by Frickel and Gross. 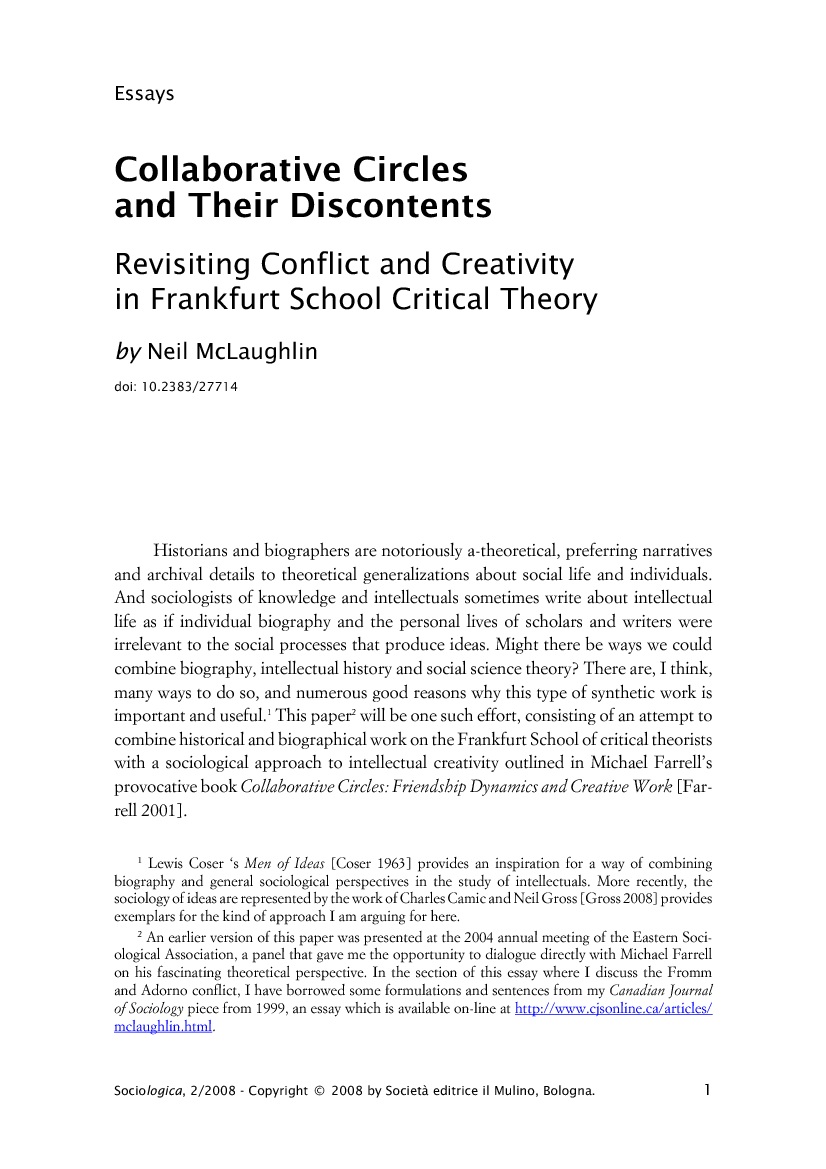