The paper first considers the the implication of Bourdieu's philosophy of social science for the analysis of the trans-national transfer of his work. It then attempts to chart the interaction between Bourdieu's French production and the English-language reception within the United Kingdom. It does so by following his production in chronological sequence and by attempting to insert the emergence of his "English identity" into the same biographical time-line, focusing on successive decades. In spite of the shift in Bourdieu's production from the field of anthropology to that of sociology in the 1960s, his work was mainly known at the time in the UK as the product of a new field of "Mediterranean" anthropology. The sociological work of the 1960s in respect of students and their studies was received in the UK in the 1970s as the sociology of education whilst the analyses of photography and art galleries was not received in the UK as sociology of culture until the late 1980s. In both cases, the demarcations in the institutionalised fields of reception concealed the extent to which Bourdieu's work had defied these sub-categorisations of sociology precisely so as to resist the development of an a-social autonomisation of cultural artefacts and to insist that sociological analyses should take account of the power of symbolic interaction. Proceeding chronologically, the paper emphasizes the importance for the intellectual field of reception of changes in the institutional structure of British universities after 1970, and also discusses the impact on the reception of Bourdieu's work of the phase of "postmodern" enthusiasm in which the commodification of Bourdieu's texts neutralised their intended political effects. Finally, the paper touches on the author's own participation from 1990 in the reception and interpretation of Bourdieu's texts in the UK and concludes with some comments on the contemporary struggle to appropriate Bourdieu's post mortem reputation. 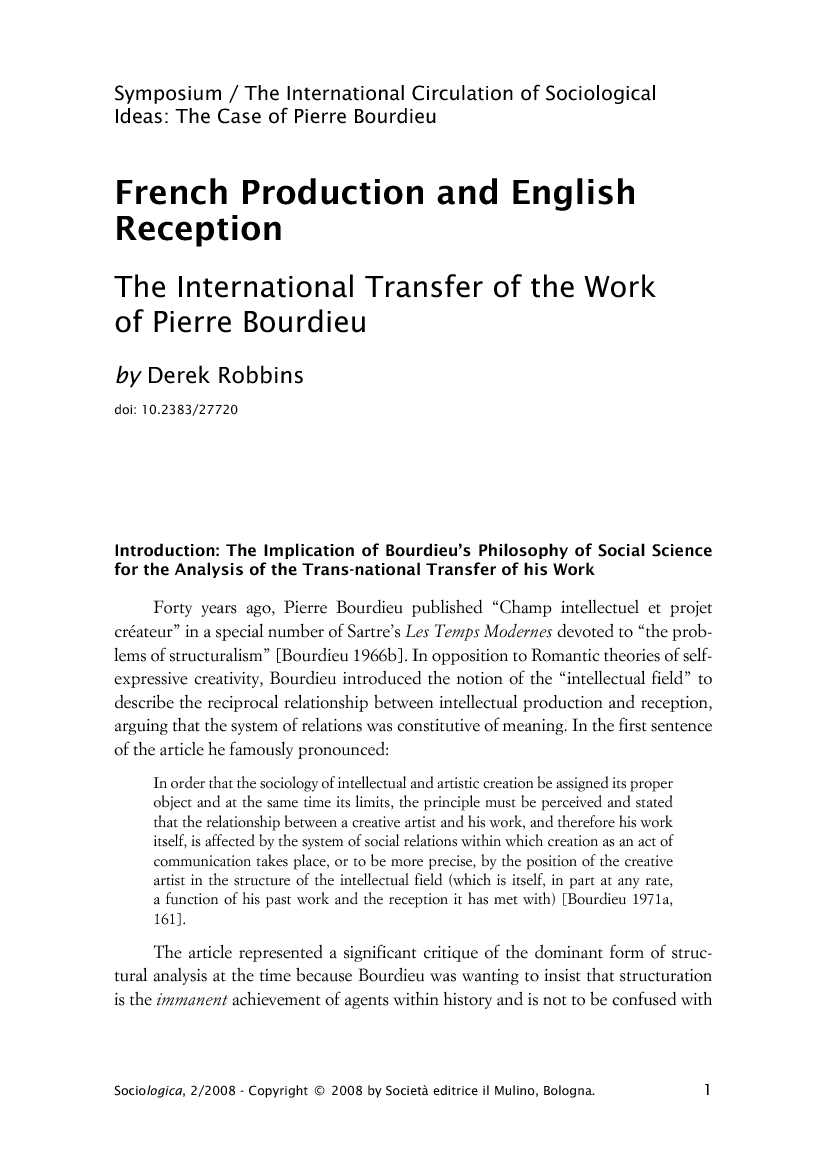