Apart from Durkheim, French sociology has had only a minor influence on the history of Finnish sociology. By contrast, Pierre Bourdieu's thought arrived in Finland relatively quickly in the 1980s. This was due to La Distinction, which was reviewed in Finland soon after its publication in France. However, it did not reach a larger sociological audience in Finland until the English translation came out in 1984. Later on when some of Bourdieu's books had been translated into Finnish (e.g., Questions de sociologie came out in Finnish 1985), Bourdieu became one of the best-known contemporary sociologists in Finland. Over the years there have been comparative Finnish studies or other applications based on or critically inspired by Bourdieu's theories, but in spite of this his impact on Finnish sociology has remained relatively small: no Finnish Bourdieusian school has developed. However, his sociology has become part of Finnish sociological canon, e.g., in Finnish textbooks etc. In this paper the applicability and the "Frenchness" of Bourdieu's theories are also discussed. 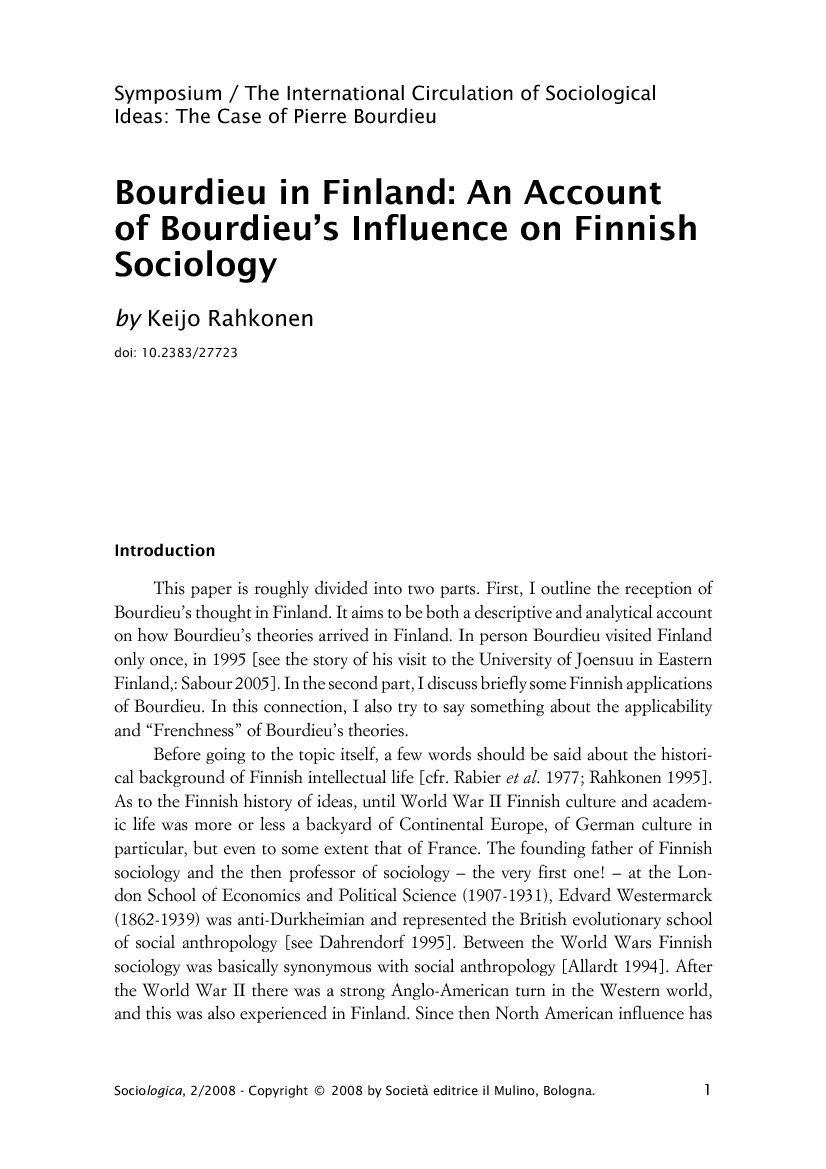